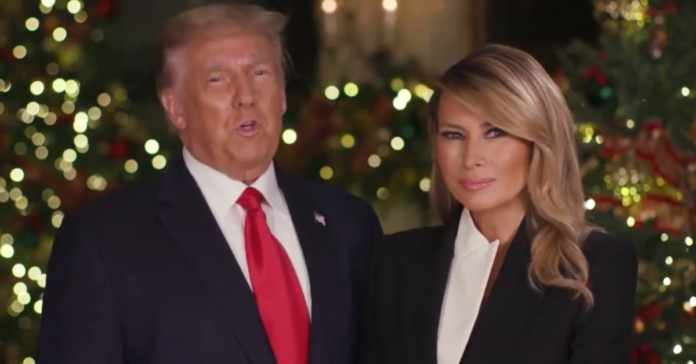 The White House just published an extensive list of the Trump administration’s accomplishments. The riot and the second the impeachment (especially if he is convicted) will get the most ink when the history of the Trump admin is written, but it is important nevertheless to document these.

Middle-Class family income increased nearly $6,000 – more than five times the gains during the entire previous administration. The unemployment rate reached 3.5 percent, the lowest in a half-century.

Achieved 40 months in a row with more job openings than job-hirings. More Americans reported being employed than ever before – nearly 160 million.

Jobless claims hit a nearly 50-year low. The number of people claiming unemployment insurance as a share of the population hit its lowest on record.

Incomes rose in every single metro area in the United States for the first time in nearly 3 decades.

Delivered a future of greater promise and opportunity for citizens of all backgrounds.

Unemployment for women hit its lowest rate in nearly 70 years.

Income inequality fell for two straight years, and by the largest amount in over a decade.

The bottom 50 percent of American households saw a 40 percent increase in net worth.

Brought jobs, factories, and industries back to the USA.

Put in place policies to bring back supply chains from overseas.

The S&P 500 and NASDAQ have repeatedly notched record highs.

Rebuilding and investing in rural America.

Signed an Executive Order on Modernizing the Regulatory Framework for Agricultural Biotechnology Products, which is bringing innovative new technologies to market in American farming and agriculture.

An October 2020 Gallup survey found 56 percent of Americans said they were better off during a pandemic than four years prior.

During the third quarter of 2020, the economy grew at a rate of 33.1 percent – the most rapid GDP growth ever recorded.

Since coronavirus lockdowns ended, the economy has added back over 12 million jobs, more than half the jobs lost.

Jobs have been recovered 23 times faster than the previous administration’s recovery.

Unemployment fell to 6.7 percent in December, from a pandemic peak of 14.7 percent in April – beating expectations of well over 10 percent unemployment through the end of 2020.

80 percent of small businesses are now open, up from just 53 percent in April.

The United States rejected crippling lockdowns that crush the economy and inflict countless public health harms and instead safely reopened its economy.

Business confidence is higher in America than in any other G7 or European Union country.

Stabilized America’s financial markets with the establishment of a number of Treasury Department supported facilities at the Federal Reserve.

Tax Relief for the Middle Class

Cut the business tax rate from 35 percent – the highest in the developed world – all the way down to 21 percent.

Small businesses can now deduct 20 percent of their business income.

Businesses can now deduct 100 percent of the cost of their capital investments in the year the investment is made.

Since the passage of tax cuts, the share of total wealth held by the bottom half of households has increased, while the share held by the top 1 percent has decreased.

Over 400 companies have announced bonuses, wage increases, new hires, or new investments in the United States.

Over $1.5 trillion was repatriated into the United States from overseas.

Jobs and investments are pouring into Opportunity Zones.

Opportunity Zone designations have increased property values within them by 1.1 percent, creating an estimated $11 billion in wealth for the nearly half of Opportunity Zone residents who own their own home.

Approximately 1 million Americans will be lifted from poverty as a result of these new investments.

Ended the regulatory assault on American Businesses and Workers.

Instead of 2-for-1, we eliminated 8 old regulations for every 1 new regulation adopted.

Provided the average American household an extra $3,100 every year.

Reduced the direct cost of regulatory compliance by $50 billion, and will reduce costs by an additional $50 billion in FY 2020 alone.

Removed nearly 25,000 pages from the Federal Register – more than any other president. The previous administration added over 16,000 pages.

Established the Governors’ Initiative on Regulatory Innovation to reduce outdated regulations at the state, local, and tribal levels.

Signed an executive order to make it easier for businesses to offer retirement plans.

Signed two executive orders to increase transparency in Federal agencies and protect Americans and their small businesses from administrative abuse.

Modernized the National Environmental Policy Act (NEPA) for the first time in over 40 years.

Reduced approval times for major infrastructure projects from 10 or more years down to 2 years or less.

Helped community banks by signing legislation that rolled back costly provisions of Dodd-Frank.

Removed regulations that threatened the development of a strong and stable internet.

Modernized the Department of Agriculture’s biotechnology regulations to put America in the lead to develop new technologies.

Took action to suspend regulations that would have slowed our response to COVID-19, including lifting restrictions on manufacturers to more quickly produce ventilators.

Eliminated the Waters of the United States Rule and replaced it with the Navigable Waters Protection Rule, providing relief and certainty for farmers and property owners.

Americans now have more money in their pockets.

Deregulation had an especially beneficial impact on low-income Americans who pay a much higher share of their incomes for overregulation.

Deregulatory efforts yielded savings to the medical community an estimated $6.6 billion – with a reduction of 42 million hours of regulatory compliance work through 2021.

Once fully in effect, 20 major deregulatory actions undertaken by the Trump Administration are expected to save American consumers and businesses over $220 billion per year.

Signed 16 pieces of deregulatory legislation that will result in a $40 billion increase in annual real incomes.

The USMCA is expected to generate over $68 billion in economic activity and potentially create over 550,000 new jobs over ten years.

Signed an executive order making it government policy to Buy American and Hire American, and took action to stop the outsourcing of jobs overseas.

Negotiated with Japan to slash tariffs and open its market to $7 billion in American agricultural products and ended its ban on potatoes and lamb.

Over 90 percent of American agricultural exports to Japan now receive preferential treatment, and most are duty-free.

Negotiated another deal with Japan to boost $40 billion worth of digital trade.

Reached a written, fully-enforceable Phase One trade agreement with China on confronting pirated and counterfeit goods, and the protection of American ideas, trade secrets, patents, and trademarks.

China agreed to purchase an additional $200 billion worth of United States exports and opened market access for over 4,000 American facilities to exports while all tariffs remained in effect.

Achieved a mutual agreement with the European Union (EU) that addresses unfair trade practices and increases duty-free exports by 180 percent to $420 million.

Secured a pledge from the EU to eliminate tariffs on American lobster – the first United States-European Union negotiated tariff reduction in over 20 years.

Scored a historic victory by overhauling the Universal Postal Union, whose outdated policies were undermining American workers and interests.

Engaged extensively with trade partners like the EU and Japan to advance reforms to the World Trade Organization (WTO).

Issued a first-ever comprehensive report on the WTO Appellate Body’s failures to comply with WTO rules and interpret WTO agreements as written.

Submitted 5 papers to the WTO Committee on Agriculture to improve Members’ understanding of how trade policies are implemented, highlight areas for improved transparency, and encourage members to maintain up-to-date notifications on market access and domestic support.

Imposed tariffs on hundreds of billions worth of Chinese goods to protect American jobs and stop China’s abuses under Section 232 of the Trade Expansion Act of 1962 and Section 301 of the Trade Act of 1974.

Directed an all-of-government effort to halt and punish efforts by the Communist Party of China to steal and profit from American innovations and intellectual property.

Imposed tariffs on foreign aluminum and foreign steel to protect our vital industries and support our national security.

Launched investigations into digital services taxes that have been proposed or adopted by 10 other countries.

Authorized $28 billion in aid for farmers who have been subjected to unfair trade practices – fully funded by the tariffs paid by China.

China lifted its ban on poultry, opened its market to beef, and agreed to purchase at least $80 billion of American agricultural products in the next two years.

The European Union agreed to increase beef imports by 180 percent and opened up its market to more imports of soybeans.

South Korea lifted its ban on American poultry and eggs, and agreed to provide market access for record exports of American rice.

Brazil agreed to increase wheat imports by $180 million a year and raised its quotas for purchases of United States ethanol.

Guatemala and Tunisia opened up their markets to American eggs.

Won tariff exemptions in Ecuador for wheat and soybeans.

Suspended $817 million in trade preferences for Thailand under the Generalized System of Preferences (GSP) program due to its failure to adequately provide reasonable market access for American pork products.

The amount of food stamps redeemed at farmers markets increased from $1.4 million in May 2020 to $1.75 million in September 2020 – a 50 percent increase over last year.

Authorized more than $6 billion for the Farmers to Families Food Box program, which delivered over 128 million boxes of locally sourced, produce, meat, and dairy products to charity and faith-based organizations nationwide.

Delegated authorities via the Defense Production Act to protect breaks in the American food supply chain as a result of COVID-19.