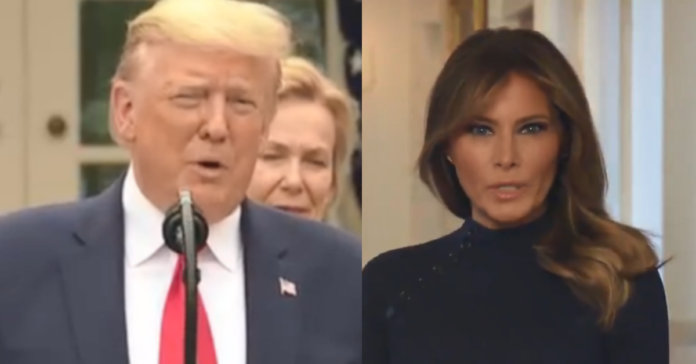 Presidential physician reports POTUS remains fatigued but in good spirits while he is fighting the coronavirus. First Lady Melania has a mild cough and headache. The other family members are fine.

Conley’s statement also noted that Trump “remains fatigued but is in good spirits.” Conley listed what the president has been taking: zinc, vitamin D, famotidine, melatonin, and a daily aspirin.

Regeneron’s drug is an experimental treatment still in clinical trials. On September 29, the company released a description of early results from the first 275 volunteers in the non-hospitalized patient study.

Chief Scientific Officer George Yancopoulos said the data confirmed the company’s belief that the drug is most likely to benefit people who did not mount an immune response before taking the drug. But trials are still ongoing, as the early results are not conclusive proof of efficacy.

Dr. Taison Bell, a critical care physician at the University of Virginia medical center trained in infectious diseases, told Business Insider it’s a reasonable decision, given the lack of drugs that work as early treatment.

“There’s been a real thirst for agents we can use on people who are relatively well but high risk to prevent them from getting sick,” Bell said. “I think it does make sense. Obviously it needs to be studied more, but it is one of these agents that we do have some hope for.”

The treatment has yet to be approved by regulators. In a statement, Regeneron said it provided the experimental drug under a compassionate-use request, which allows sick individuals access to treatments that aren’t approved.

A Regeneron spokesperson said earlier Friday the company has “limited product available for compassionate use requests that are approved under certain exceptional circumstances on a case-by-case basis.”