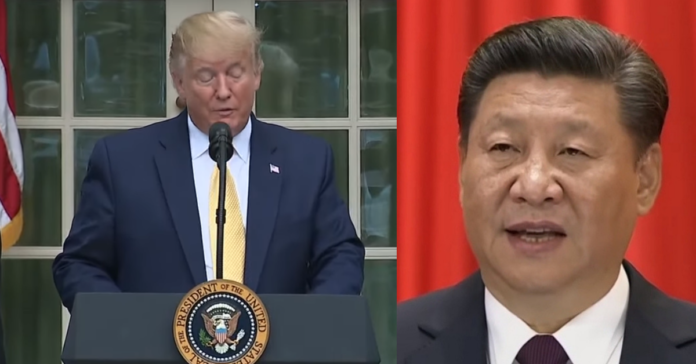 China needed to be confronted. The naive leaders of the past – Clinton, Bush, and Obama got snookered by the Chinese.

China then showed its true face to the world with their brutal tactics and Orwellian surveillance state and worse, because our of complacency, they are in a position to export that failed and dangerous model to the rest of the world.

The only thing stopping them is that right now they have to steal the best technology because they still cannot make it. That is why if we do not confront them right now, we will never be able to.

Trump is right, the establishment is dangerously wrong. From The Toronto Sun:

A University of California, Los Angeles electrical engineering professor has been found guilty by a jury of sending stolen U.S military technology to China.

On June 26 the professor, Yi-Chi Shih, 64, was convicted on 18 federal charges, meaning he now faces fines of hundreds of thousands of dollars and up to 219 years in prison, Newsweek reports.

According to a news release from the Department of Justice, the charges included conspiracy to break the International Emergency Economic Powers Act (IEEPA), committing mail and wire fraud, subscribing to a false tax return, making false statements to a government agency, and conspiring to gain unauthorized access to information on a protected computer.

Campus Reform reported Shih has been serving as an adjunct professor at UCLA and while he faces prison time, his sentencing hearing has not yet been set.

Assistant Attorney General Demers said in the news release: “The defendant has been found guilty of conspiring to export sensitive semiconductor chips with military applications to China.”

United States Attorney Nick Hanna said: “This defendant schemed to export to China semiconductors with military and civilian uses, then he lied about it to federal authorities and failed to report income generated by the scheme on his tax returns.”