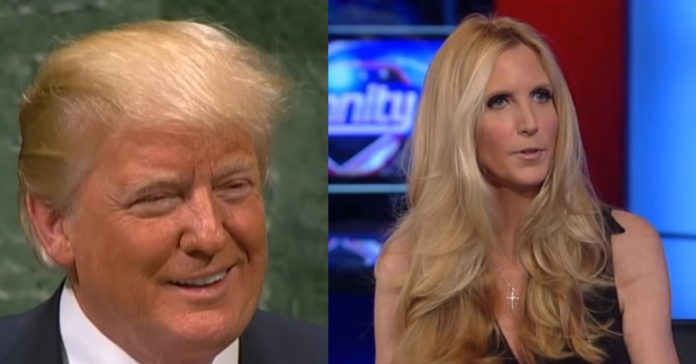 College’s have become cesspools of intolerance and political correctness and it may doom the United States to mediocrity if we don’t fix this illiberal wind.

The students need safe spaces for everything and cannot tolerate dissenting views. They cannot and will not admit that they could ever be wrong which is sheer lunacy to anyone who is even a few years older.

The sheer arrogance to think you have all the answers at 20 is not new, but the silencing of other voices sure is, and it is not a good look for the left to say nothing of how it could corrupt the future.

Imagine if America gave in to groupthink and only listened to one point of view, especially one as misinformed as a young college student?

Well, UC Berkley learned the hard way that conservatives are not going to take this sitting down and we are owed thanks for the efforts. Literally, the future of America hangs in the balance.

The Trump administration joined the cause and helped win the day for the aggrieved party after Ann Coulter was banned from speaking.

From The Washington Examiner: After more than a year of litigation, the University of California, Berkeley, has settled a lawsuit with the Young Americas Foundation and the UC Berkeley College Republicans.

Campus conservatives accused the university of bias in the process of bringing high-profile speakers to campus. The original lawsuit revolved around the cancellation of an event with Ann Coulter. An amended version of the lawsuit included road blocks initiated by the university for an event with Ben Shapiro.

The Department of Justice filed a statement of interest backing the campus conservatives. The crux of their argument revolved around two campus policies that they claim violate students’ First and 14th Amendment rights: an unspoken “High-Profile Speaker Policy” and an on-the-books “ Major Events Policy.”

“This Department of Justice will not stand by idly while public universities violate students’ constitutional rights,” Associate Attorney General Rachel Brand said at the time.

In the settlement, UC Berkeley agreed to the following terms set by YAF:

Abolish its heckler’s veto — protesters will no longer be able to shut down conservative expression.