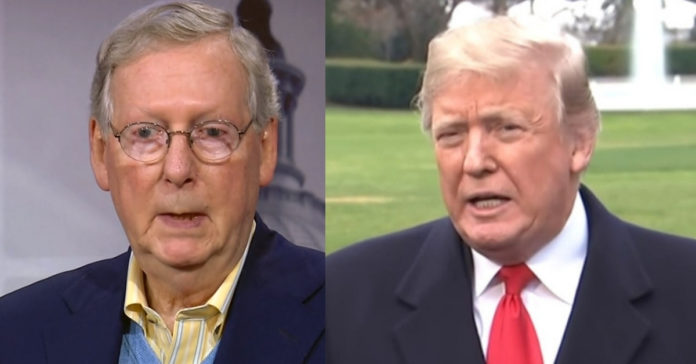 Mitch McConnell came through in the U.S. Senate with a stunning late night vote that spells doom for the Democrats in 2020.

Imagine – a Republican and not just any Republican, but Donald Trump is going to be the president who finally removes the last stain of the failed Clinton legacy on this great nation.

Bill Clinton passed a horrific crime bill back in the day and it was that same bill that enraged minority communities, so much so that they never forgave the Clinton’s, and Hillary lost as a direct result.

Obama couldn’t get it done – he was reduced to commuting 25-year sentences and for that was hailed a hero – but he never got a law passed.

Will they finally give Trump his due when this bill passes? Don’t hold your breath but you can take to the bank that minority communities decimated by the mandatory minimums and way too long sentences for nonviolent offenses will remember who got this passed in 2020. Guaranteed.

And that should make the left very nervous – Trump just got something done Obama could only dream about and Hillary wouldn’t have tried and that will pay dividends in 2020.

From ABC: The Senate has passed a sweeping criminal justice overhaul supported by groups on the left and right, handing President Donald Trump a victory as Congress prepares to adjourn for the holidays.

The bill gives judges more discretion when sentencing some drug offenders and boosts prisoner rehabilitation efforts. It also reduces the life sentence for some drug offenders with three convictions, or “three strikes,” to 25 years. The changes would only apply to federal prisoners.

The Senate vote is the culmination of years of negotiations aimed at addressing concerns that the nation’s war on drugs has exploded the prison population without helping people prepare for their return to society.

The House is also expected to pass the measure this week, sending it to Trump for his signature.