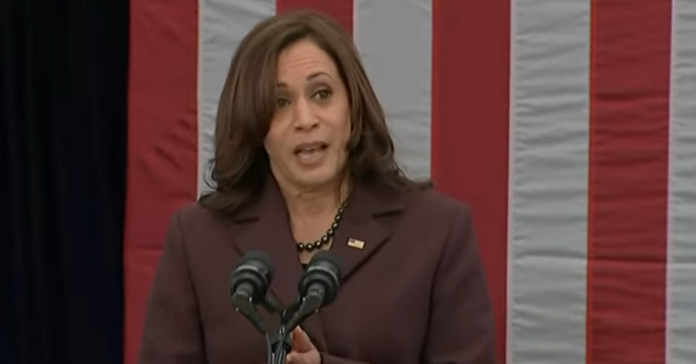 Two more aides working in Vice President Harris’s office are abandoning the sinking ship will leave their roles in the coming weeks. This comes on the heels of two of her top aides, Ashley Etienne and Symone Sanders, leaving.

Peter Velz is the vice president’s director of press operations. He is leaving according to multiple media reports. The other leaving is Vince Evans, the deputy director of the Office of Public Engagement and Intergovernmental Affairs for Harris.

“I’m so grateful to the VP for her vote of confidence from the very beginning and the opportunity to see what can be unburdened by what has been.

“I’m grateful for Tina and her leadership and her confidence as well.

“Every day, I arrived to the White House complex knowing our work made a tangible difference for Americans.

“I am immensely grateful and will miss working for her and with all of you.”

“Symone has been working at the highest levels and in an extraordinarily intense environment for three years for Joe Biden. And now also for Vice President Harris.

“When you look at the three years, two on the campaign, one in the White House, nobody can question her decision that she needs a break and it’s time to move on. And she’ll always be a member of the Biden-Harris family.”

Let it be known! I’ll go on the record as @SymoneSanders46’s No. 1 fan — could not ask for a better boss, colleague and friend, and I’m so grateful we’ve had the chance to work together. We love you, Symone! pic.twitter.com/cLBqunK0KB