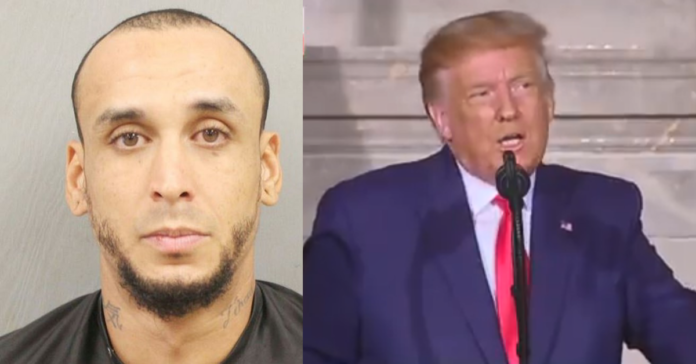 The FBI arrested two men who were providing support to ISIS and were planning to carry out terror attacks on United States soil and overseas.

Jaylyn Molina, who goes by “Abdur Rahim,” faces a charge of conspiracy to provide material support to a designated foreign terrorist organization.

A co-defendant, Kristopher Matthews, who goes by “Ali Jibreel,” was arrested and charges have not been released.

The FBI intercepted their communications, according to court documents obtained by KSAT, which showed them planning an attack in the name of the Islamic State of Iraq and Syria (ISIS).

Matthews allegedly suggested it would be better to attack government centers rather than places like ‘malls where innocent children are’.

He suggested targeting Trump Tower and the New York Stock Exchange – hoping the sites would give the pair ‘rock star status, baby’.

He said he thought a series attacks across the U.S. ‘could be Netflix worthy.’

Molina refers to himself as ‘Abdur Rahim’, according to the criminal complaint, while Matthews calls himself ‘Ali Jibreel’.

Both men faces a charge of conspiracy to provide material support to a designated foreign terrorist organization, Fox News reported.

Matthews is believed to be the originator of the plot, having last year used an encrypted chat service to find an ISIS supporter outside the U.S. who would help him travel to Syria and recruit additional ISIS supporters.

In April Molina joined the chat, and began communicating with Matthews, soon posting a manual on how to train with an AK-47.

FBI officials became aware that Molina joined the same encrypted chat around April, and within weeks, he was using it to post manuals on how to train with an AK-47, records show.

The communication from the two men, which included ISIS propaganda videos, was being tracked by online covert employees, records show.

The criminal complaint states that the two men also used social media platforms, some public, to “radicalize and recruit other online users to join ISIS.”

In a series of social media posts this spring, Molina wrote that America was his enemy and posted an extremely graphic photo collage of an American citizen being murdered by ISIS members, the criminal complaint states.

In May, Molina posted images in the encrypted chat that provided bomb-making instructions, the criminal complaint states.

That same month in the same encrypted chat, the two men discussed where attacks on U.S. soil would take place, at which point Matthews said he preferred hitting economic centers and government buildings, including CIA headquarters, the FBI and DEA headquarters, records show.

As recently as last month, Molina and Matthews told covert employees in the encrypted chat that they could use a “multi wave attack strategy” to carry out the attacks.