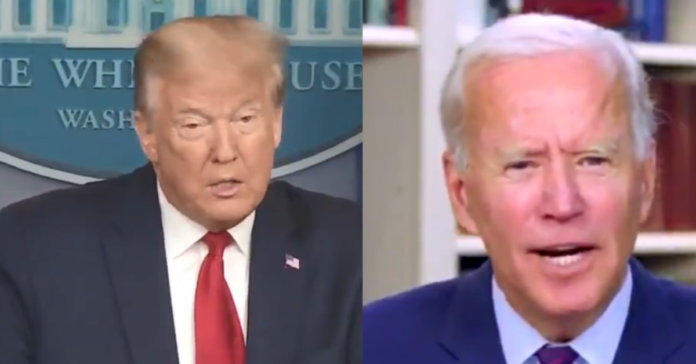 Joe Biden just got the worst news of the campaign and if the trend holds it will be fatal to his election chances.

Florida is a key swing state and the strategy for both parties has been the same for years. The Dems try to run up their vote count in Miami-Dade County – this is the stronghold in the state.

The GOP tries to run up its vote tally in less populated parts of the state. We saw in 2018 how the election came down to a few votes and the Hispanic vote was key.

But this year, according to a shocking new report from The Miami Herald, Trump is closing the gap in Dade and splitting (or slightly winning) the Hispanic vote.

“If you’re the Biden campaign, looking at these numbers, I think there’s reason for pause,” said Fernand Amandi, a Democratic strategist. “If Biden under-performs in what should be one of his strongest counties — and is certainly the largest county for Democratic votes in the state of Florida — it might imperil his chances of winning Florida unless there is a massive white voter exodus from Trump in other parts of the state.”

From The Miami Herald:

The poll of 500 likely Miami-Dade voters, released Tuesday, found Trump far behind Democratic presidential nominee Joe Biden 38% to 55% in Miami-Dade, where Democrats typically need to run up the score in order to compete in statewide races.

That 17-point deficit is well outside the poll’s 4.4 percentage point margin of error. But Trump doesn’t need to win Miami-Dade. He just needs to do better in the Democratic-leaning county to offset possible losses in other parts of Florida.

…But the poll found the former vice president splitting Hispanic voters with Trump, with Trump at 47% and Biden at 46%. Those numbers — based on smaller polling subsets with larger margins of error — are driven by Trump’s increased support among conservative leaning Cuban-Americans, who supported Trump over Biden in the poll by a crushing 38 points. Just eight years ago, those voters roughly split their votes between Republican nominee Mitt Romney and former President Barack Obama.

“Democrats are potentially leaving Cuban votes on the table that they won in the past, which could very well make a difference in a state as tight as Florida,” said Amandi, whose firm produced Spanish-language ads for the 2012 Obama campaign….

… Since then, several polls have found the Democratic nominee struggling to match Clinton’s 2016 numbers among Florida Latinos.