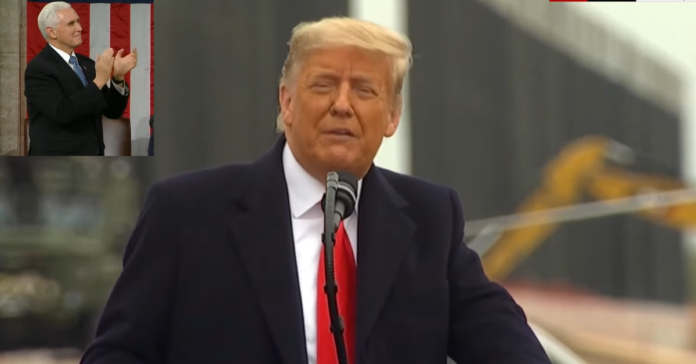 Former President Trump will break his silence in his first big public speech since Biden was sworn in as his successor later this month at CPAC, the annual Conservative Political Action Conference.

The event will be held in Orlando from Feb. 25 to Feb. 28. Trump is expected to go after Biden’s immigration platform including his “disastrous amnesty and border policies” as well as talk about the future of the Republican Party.

A spokesperson for the American Conservative Unio confirmed Trump will speak on Feb. 28, the final day of the conference. Earlier this week, Trump put the GOP on notice saying he will back primary candidates who “espouse Making America Great Again.”

“Where necessary and appropriate, I will back primary rivals who espouse Making America Great Again and our policy of America First. We want brilliant, strong, thoughtful, and compassionate leadership,” Trump said.

“Trump will be talking about the future of the Republican Party and the conservative movement. Also, look for the 45th president to take on President Biden’s ‘disastrous amnesty and border policies,’ a source told Fox News.

Trump has stayed relatively quiet since leaving the White House on Jan. 20 for his Mar-a-lago resort in Florida and after Twitter banned him from the social media platform after the Jan. 6 Capitol riot.

But Trump has indicated he wants to stay politically active and told his supporters after his impeachment acquittal the MAGA movement is still going strong.

“Our historic, patriotic and beautiful movement to Make America Great Again (MAGA) has only just begun,” he said in a statement last week. “In the months ahead I have much to share with you, and I look forward to continuing our incredible journey together to achieve American greatness for all of our people. There has never been anything like it!”

Fox News was first to report in December that CPAC will be held at the Hyatt Regency in Orlando, Fla., from Feb. 25-28.

The conference, first launched in 1974, has always been held either in or around Washington, D.C. For the past eight years, the Gaylord National Resort & Convention Center in Maryland, just outside of the District of Columbia, has been CPAC’s home. But the massive resort had remained closed amid the coronavirus pandemic.

BREAKING: President Trump will speak at @CPAC. We are proud to be an official broadcast sponsor this year and look forward to live-streaming full coverage. 🇺🇸