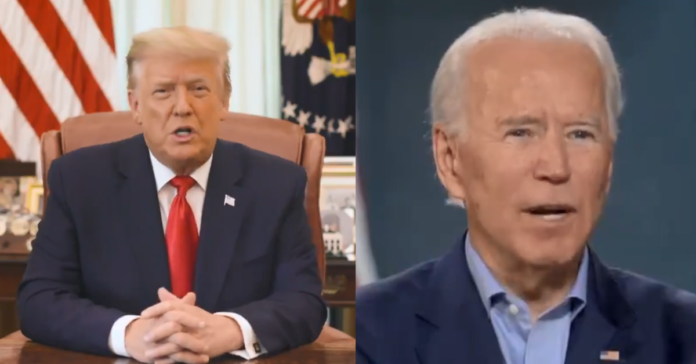 President Trump will leave the White House and depart from Washington, D.C., Wednesday morning before Joe Biden is inaugurated according to administration officials.

Trump will not attend the inauguration and will instead travel to Florida where he will start his life as an ex-president at Mar a Lago.

He will stop at Joint Base Andrews for a short military sendoff with reporters likening it to what state ceremony. CNN reporter Jim Acosta said, “Trump’s departure ceremony at Joint Base Andrews on the morning of the 20th is expected to be like a state visit departure event, per admin official familiar with planning. Color guard, military band, 21 gun salute and red carpet all under consideration for event, at the moment.”

Trump will leave the morning of the inauguration. He is expected to stop at Joint Base Andrews for a military ceremony, an official said. The plans were first reported by Reuters.

Leaving before Biden is sworn in will allow Trump to depart on Air Force One since he will still technically be the president. Had Trump waited until after the inauguration, he would have had to request permission from Biden to use the presidential plane.

The president has forgone the usual victory lap that many presidents have taken on their way out of office to boast of their accomplishments. Trump made brief remarks earlier this week at the southern border to highlight his agenda cracking down on immigration.

But he has otherwise mostly been out of sight since Jan. 6, when he delivered a speech to supporters near the White House urging them to fight the certification of electoral votes affirming Biden as the winner of the 2020 election.

A short time later, waves of pro-Trump rioters overwhelmed law enforcement and stormed the Capitol building, forcing the vice president, lawmakers and others in the building to evacuate or shelter in place. Multiple people died in the ensuing violence, including one Capitol Police officer.

Dozens of people have been arrested for their role in the mayhem, and federal officials have said they are building sedition and conspiracy charges for some involved.

Trump was impeached earlier this week by the House, with 10 Republicans joining Democrats to vote in favor of the article charging the president with inciting violence against the government.

Trump's departure ceremony at Joint Base Andrews on the morning of the 20th is expected to be like a state visit departure event, per admin official familiar with planning. Color guard, military band, 21 gun salute and red carpet all under consideration for event, at the moment.