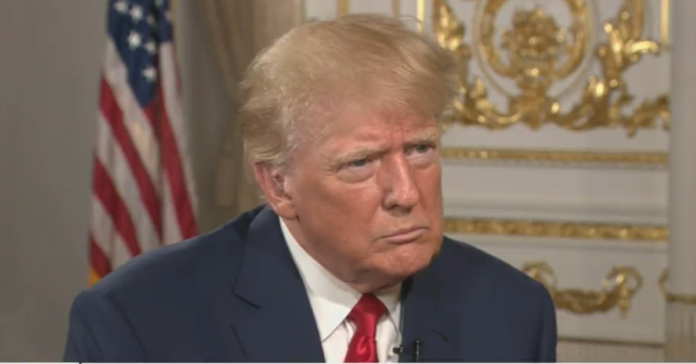 Former President Donald Trump went on Fox News’ “Hannity” Wednesday evening to talk about the lawsuit by the state of New York against him and the raid of Mar-a-Lago, his Florida club.

During the interview, Trump revealed a new piece of information that had yet to be public, that the FBI took his will. Trump said: “They took a lot. I think they took my will. I found out yesterday. I said, ‘Where is it?’

“I was in New Jersey. I got a call in the morning from somebody that’s here. ‘Sir, the FBI just came in.’

Trump also reminded his critics of his classification powers.

Presidents can declassify documents on a whim, even just by “thinking about it,” former President Donald Trump told Fox News’ Sean Hannity on Wednesday.

Trump appeared on Hannity’s show to discuss the ongoing federal investigation into classified documents found in Trump’s Mar-a-Lago home during an FBI raid.

“Is there a process? What was your process to declassify?” Hannity asked.

“There doesn’t have to be a process, as I understand it,” Trump responded.

“You know, different people say different things, but as I understand it there doesn’t have to be.”

"I think they took my will" — Trump pic.twitter.com/x3vpvH6TXO