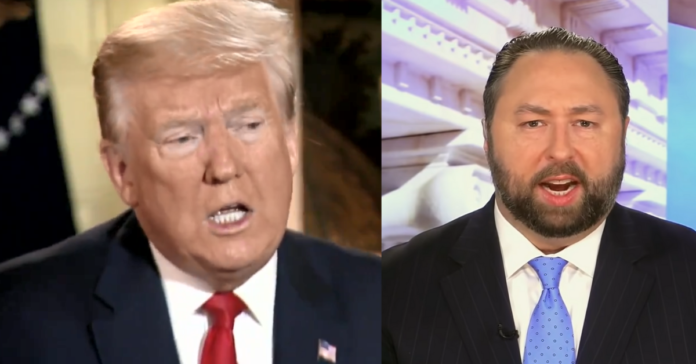 Jason Miller broke his silence on a podcast today and gave some good news to Trump’s fan base saying he expects Trump to return to social media this spring.

Miller said Trump is talking to multiple platforms and has not decided on exactly how he will make his comeback. Miller did say Trump’s return would probably not be on Facebook or Twitter or Youtube.

“I do think we’re probably not that far off from seeing President Trump return to social media,” Miller said.

“And I’ve said before that there are ongoing conversations with both existing social media platforms, and also potentially with some brand new platforms.”

“I would expect that by the end of spring, we will see President Trump back on social media,” he added.

“I think it’ll be in some new platforms that maybe you haven’t seen before,” Miller said.

“And it will be a tectonic plate shift in the world of social media because anything that he touches is going to be big.

“So I think there’s going to be some excitement on that front.”

Miller said although he is not expecting it, he would “never shut the door” on the chance that Trump would go back to Facebook and Twitter if they allowed him.

“I never want to go and box him in and say ‘absolutely’ on this stuff, but I think it’ll be something new.”

You can listen to the podcast here.

What did Biden expect by inviting everyone?

“Shelters are overflowing. Border crossings are rising. Border Patrol facilities are overwhelmed. And the new administration is taking fire from both the left and right.”

Putting our kids to work! pic.twitter.com/gtqTpTVye7