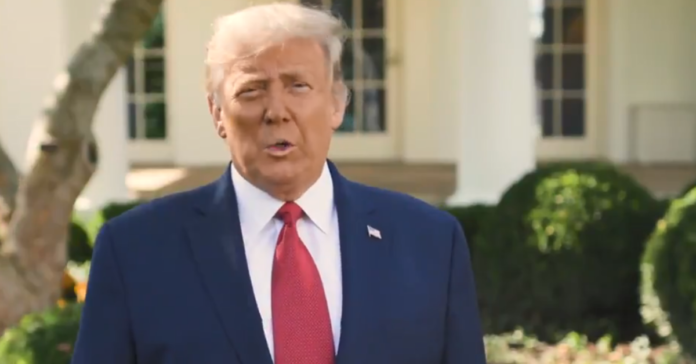 Former President Trump suggested he will run again in 2024 in a new interview with Candace Owens today. Trump told Owens when asked about the next election that his supporters will be “very happy” with his decision.

“The answer is I’m absolutely enthused. I look forward to doing an announcement at the right time,” Trump said Tuesday on “Candace” The Daily Wire talk show hosted by Candace Owens.

“As you know, it’s very early. But I think people are going to be very, very happy when I make a certain announcement,” Trump told Owens. “You know for campaign finance reasons, you really can’t do it too early because it becomes a whole different thing,” he said.

The financial disclosure and rules on how money is used change once you officially announce and Trump does not need or want that type of scrutiny until the last minute.

“Otherwise I think I’d give you an answer that you’d be very happy with. So we’re looking at that very, very seriously,” he said, before hinting again that he is all in, “All I’d say is: stay tuned.”

Owen then joked that Trump should pick her as VP.

“I guess I’ll take you at your word, that in 2024 Trump and Owens are going to be on the ticket,” Owens said.

As to Trump’s nemesis Mitt Romney, the former President said he watched “with great pleasure” as Romney “got booed off the stage.”

“People get it, you know they get it.

“They know phonies and they know people we affectionately call people RINOs.

“But they know phony people.”

“…I think people are going to be very, very happy when I make a certain announcement…"