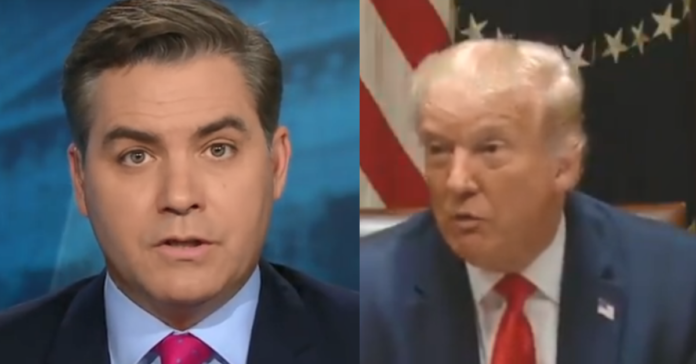 President Trump signed an executive order limiting H-1B outsourcing of jobs at government agencies t5oday and it has been a long time coming. The White House said:

“President Trump is signing an Executive Order to create a policy where Federal agencies will focus on United States labor in lucrative Federal contracts. It would be unfair for Federal employers to replace perfectly qualified Americans with workers from other countries.”

“The Executive Order will require all Federal agencies to complete an internal audit and assess whether they are in compliance with the requirement that only United States citizens and nationals are appointed to the competitive service.”

“The Department of Labor will also finalize guidance to prevent H-1B employers from moving H-1B workers to other employers’ job sites to displace American workers,” the WH added.

Trump also took some questions from the media later and of course, Jim Acosta went all showboat for the cameras before Trump shut him down.

From PJ Media: On Monday, President Trump held a press conference to discuss the American coronavirus response and was, of course, deluged with negativity from Acosta, who interrupted him and tried to highlight the number of deaths and paint the president’s response as inadequate.

As usual, the president’s response to Acosta is not to be missed. “Hold it, hold it. Fake News CNN, hold it!” Trump said before launching into a defense of the United States’ efforts to control the Chinese virus.

“We have done a great job in this country… if you look, countries all over the world are exploding right now—people that you said were doing a wonderful job,” said the president. “It’s a very delicate, very contagious disease. It was released by China. It should never have been allowed to be released.”

The president then said that the United States is doing a great job, pointing to future vaccines and therapeutics that have shown promise in stopping the outbreak.

President Trump says he is “totally involved” in negotiations with Capitol Hill on the latest Coronavirus bill and calls out Democrats for trying to use it to get “Bail-out money” to fix unrelated problems in Democrat run cities and states. pic.twitter.com/LaZlqa5b38