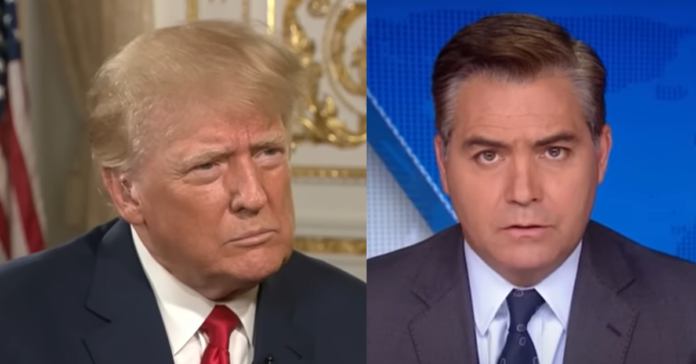 Former President Donald Trump sued CNN for defamation claiming the cable news network has escalated a campaign of libel and slander against him because the network thinks he’ll run for re-election in 2024.

CNN has attempted to taint Trump “with a series of ever-more scandalous, false, and defamatory labels of ‘racist,’ ‘Russian lackey,’ ‘insurrectionist,’ and ultimately ‘Hitler,’” the former president’s filing states.

Trump is seeking at least $475 million in damages according to the filing. “Beyond simply highlighting any negative information about the plaintiff and ignoring all positive information about him, CNN has sought to use its massive influence — purportedly as a ‘trusted’ news source — to defame the plaintiff in the minds of its viewers and readers for the purpose of defeating him politically,” Trump’s lawyers wrote.

The filing says: “The Plaintiff, President Donald J. Trump, has been a long-time critic of the Defendant, Cable News Network, Inc. (“CNN”)—not because CNN does a bad job of reporting the news, but because CNN seeks to create the news (“fake news,” as the Plaintiff has characterized it in public statements).

“Beyond simply highlighting any negative information about the Plaintiff and ignoring all positive information about him, CNN has sought to use its massive influence— purportedly as a “trusted” news source—to defame the Plaintiff in the minds of its viewers and readers for the purpose of defeating him politically, culminating in CNN claiming credit for “[getting] Trump out” in the 2020 presidential election.

“CNN’s campaign of dissuasion in the form of libel and slander against the Plaintiff has only escalated in recent months as CNN fears the Plaintiff will run for president in 2024.

“As a part of its concerted effort to tilt the political balance to the Left, CNN has tried to taint the Plaintiff with a series of ever-more scandalous, false, and defamatory labels of “racist,” “Russian lackey,” “insurrectionist,” and ultimately “Hitler.”

“These labels are neither hyperbolic nor opinion: these are repeatedly reported as true fact, with purported factual support, by allegedly “reputable” newscasters, acting not merely with reckless disregard for the truth of their statements (sufficient to meet the definition of the legal standard for “actual malice”) but acting with real animosity for the Plaintiff and seeking to cause him true harm (the way “actual malice” commonly is understood).

“CNN has been given the dreaded “Pants on Fire!” designation by PolitiFact for its stories comparing Trump to Hitler.

“Still, it persists, requiring the time and expense of filing the instant lawsuit.

“Even though the actual malice standard is met here, in circumstances like these, the judicially-created policy of the “actual malice” standard should not apply because “ideological homogeneity in the media—or in the channels of information distribution—risks repressing certain ideas from the public consciousness just as surely as if access were restricted by the government.”

“As the late Judge Silberman noted:

“It should be borne in mind that the first step taken by any potential authoritarian or dictatorial regime is to gain control of communications, particularly the delivery of news.

“It is fair to conclude, therefore, that one-party control of the press and media is a threat to a viable democracy.

“It may even give rise to countervailing extremism. The First Amendment guarantees a free press to foster a vibrant trade in ideas.

“But a biased press can distort the marketplace. And when the media has proven its willingness—if not eagerness—to so distort, it is a profound mistake to stand by unjustified legal rules that serve only to enhance the press’ power,” the filing says.