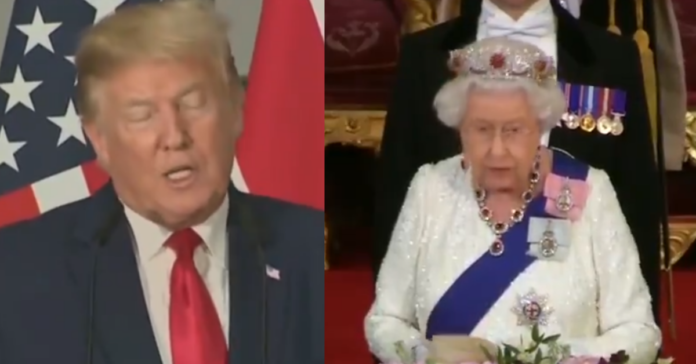 President Trump is breaking his silence about some more scandalous media leaks. These hit close to home, coming from the British government.

America and England have long had a special relationship and the leaking of diplomatic cables have put that in jeopardy.

The cables were basically gossip, commentating on news reports of the day but the soon to be former British Ambassador Kim Darroch did disparage Trump and his administration.

Enter President Trump. From The Hill:

President Trump on Monday said he would “no longer deal with” the U.K.’s ambassador to the U.S. after leaked cables revealed he told top government officials Trump is “insecure” and “incompetent.”

“I do not know the Ambassador, but he is not liked or well thought of within the U.S. We will no longer deal with him,” Trump tweeted.

The president also criticized outgoing British Prime Minister Theresa May, who expressed “full faith” in Ambassador Kim Darroch, over her handling of Brexit.

“What a mess she and her representatives have created. I told her how it should be done, but she decided to go another way,” he wrote, adding that “the good news for the wonderful United Kingdom is that they will soon have a new Prime Minister.”

Trump also said he “thoroughly enjoyed” his state visit last month to the U.K., but in another jab at May, added that “it was the Queen who I was most impressed with!”

From Haaretz : Trade Minister Liam Fox, who is on a visit to Washington, told BBC radio he would apologise to the president’s daughter Ivanka, whom he is due to meet during his trip.

“I will be apologising for the fact that either our civil service or elements of our political class have not lived up to the expectations that either we have or the United States has about their behaviour, which in this particular case has lapsed in a most extraordinary and unacceptable way,” he said.

“Malicious leaks of this nature … can actually lead to a damage to that relationship, which can therefore affect our wider security interest.”

The revelations come at a time when Britain is hoping to strike a major trade deal with its closest ally after it leaves the European Union, an exit currently scheduled for Oct. 31.

Trump told reporters, of Darroch: “We are not big fans of that man and he has not served the UK well, so I can understand and I can say things about him but I won’t bother.”

….thought of within the U.S. We will no longer deal with him. The good news for the wonderful United Kingdom is that they will soon have a new Prime Minister. While I thoroughly enjoyed the magnificent State Visit last month, it was the Queen who I was most impressed with!