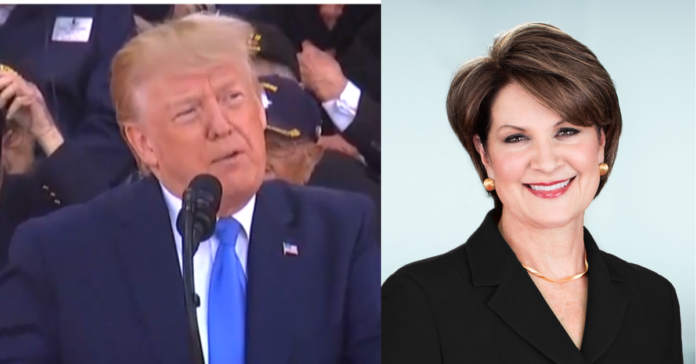 President Trump just stepped in and saved over 400 manufacturing jobs in Pennsylvania. Why is it important to save our manufacturing base many ask?

The reason is simple and is playing out in front of our eyes. The entire world is transitioning to 5G cellular service. These new ultra high-speed networks will change everything about modern life.

Normally, we would be leading this effort – both in manufacturing and installation and added services.

Except, the geniuses in our establishment gave away our manufacturing base for nothing and now the Chinese are poised to lead this effort.

Besides the huge financial benefits we lose out on, the national security implications from this failure of our establishment are profound.

Quite literally the Chinese could have the keys to all our communications. Trump is stopping this but it will be difficult in other countries (where we share intel) and even in more rural parts of America as Chinese equipment (using our stolen technology – they just lost a lawsuit over stealing 5G tech) is much cheaper.

In other words, while the establishment got richer and the middle class got poorer, these morons were also selling out our national security interests. And they wonder why Trump destroyed both parties in 2016.

Marillyn Hewson, the company’s chairman and CEO, said in a statement posted on Twitter that she decided to keep the facility in Coatesville open because “it’s a good operation with an excellent workforce.”

“At the request of President Trump, I took another look at our decision to close the Coatesville, PA, facility and have decided to keep it open while we pursue additional work,” Hewson said in a statement Wednesday. “It’s a good operation with an excellent workforce. We look forward to working with the government and PA Congressional delegation to find more for this facility.”

“I was just informed by Marillyn Hewson, CEO of Lockheed Martin, of her decision to keep the Sikorsky Helicopter Plant in Coatesville, Pennsylvania, open and humming!” he wrote. “We are very proud of Pennsylvania and the people who work there.”

“Thank you to Lockheed Martin, one of the USA’s truly great companies!” he concluded.

Statement from our CEO after her conversation with @POTUS pic.twitter.com/BE5GQvTtQL

I was just informed by Marillyn Hewson, CEO of Lockheed Martin, of her decision to keep the Sikorsky Helicopter Plant in Coatesville, Pennsylvania, open and humming! We are very proud of Pennsylvania and the people who work there….