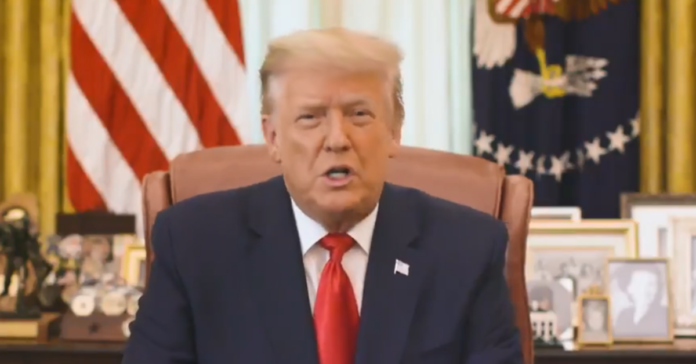 Former President Donald Trump has parted ways with his legal team just a week before his impeachment in the Senate begins according to multiple media outlets.

“The Democrats’ efforts to impeach a president who has already left office is totally unconstitutional and so bad for our country. In fact, 45 Senators have already voted that it is unconstitutional. We have done much work, but have not made a final decision on our legal team, which will be made shortly,” Trump campaign adviser Jason Miller said after the news broke.

The reports claim that this was a “mutual decision” because the legal team and Trump did not mesh. Some reports (leaks) say this was because Trump wanted them to go on TV to defend him and they were uncomfortable conducting a public defense.

Other reports (leaks) claim the parting happened because Trump wants to present an election related defense not argue the constitutionality of the move. Trump will be acquitted – based on 45 GOP Senators voting that it was wrong to try to impeach a former president – but briefs are Tuesday and the trial starts next week.

Former President Donald Trump’s five impeachment defense attorneys have left a little more than a week before his trial is set to begin, according to people familiar with the case, amid a disagreement over his legal strategy.

It was a dramatic development in the second impeachment trial for Trump, who has struggled to find lawyers willing to take his case.

And now, with legal briefs due next week and a trial set to begin only days later, Trump is clinging to his election fraud charade and suddenly finds himself without legal representation.

Butch Bowers and Deborah Barbier, who were expected to be two of the lead attorneys, are no longer on the team.

A source familiar with the changes said it was a mutual decision for both to leave the legal team. As the lead attorney, Bowers assembled the team.

Josh Howard, a North Carolina attorney who was recently added to the team, has also left, according to another source familiar with the changes. Johnny Gasser and Greg Harris, from South Carolina, are no longer involved with the case, either.

BREAKING: Former President Trump has parted ways with his lead impeachment lawyers a little over a week before his trial, two people familiar with the situation said Saturday. The change injects fresh uncertainty into Trump's defense team. https://t.co/8UhTZlTRg9