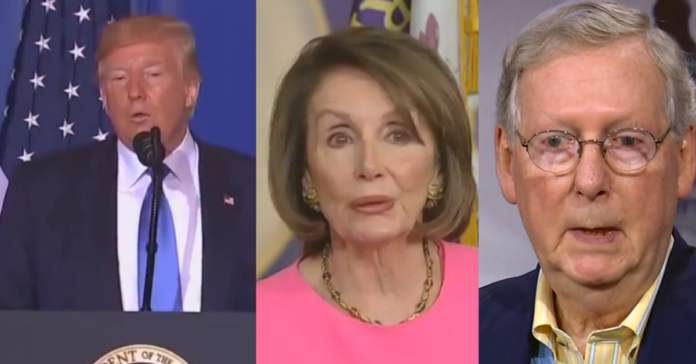 The swamp does not give up its spoils easily. It never has and it never will. It absolutely corrupts, every time.

The money in the swamp is irresistible to most. One of the main industries buying our politicians is the Pharma industry.

No matter they are subsidized by the American taxpayer in part (gov’t funded research), they still insist on hitting us with the highest prices in the world.

They simply have bought our politicians and we are all the losers. Enter President Trump, who just told reporters he will issue an executive order and bring Pharma to heel. Finally.

The White House is writing an executive order that would reduce what the U.S. pays for drugs so that it’s more in line with the lowest price paid elsewhere in the world, Trump told reporters Friday.

“As you know, for years and years other nations paid less for drugs than we do,” Trump said Friday at the White House. “Sometimes by 60-70%.

Trump said the announcement was coming “very shortly” but did not provide other details about how the plan would work. A “favored nations clause” refers to a contract in which a seller gives buyers the same best terms that it offers to other buyers.

Last year, the Department of Health and Human Services proposed an “international drug pricing index” that would help Medicare pay similar rates for drugs as what other countries do.

The president has been eager to deliver on his campaign promise to lower drug prices in the U.S., and has decried what he calls a “global freeloading” system in which drug companies are able to offer their products at a lower cost to other countries by charging the U.S. more.

Trump vowed when he was running for president that he would go after pharmaceutical companies, whom he said “are getting away with murder,” and floated the idea of giving the government more control in Medicare to directly negotiate prices.