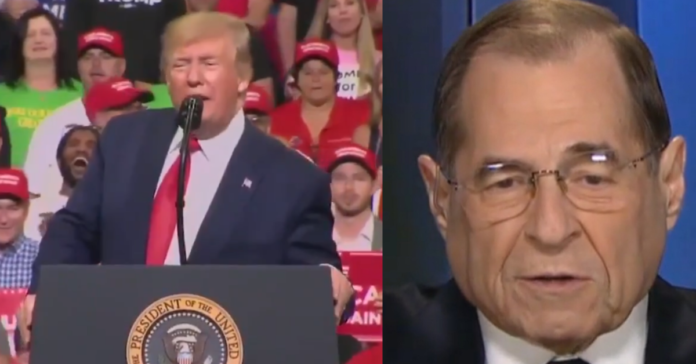 The Democrats are throwing another temper tantrum after Trump had his lawyer shut down their attempted interrogation of his former aide Hope Hicks today.

Hicks has been with the Trump organization for years. Way before Trump was a politician. She was open to talking about her time on the campaign but the rest Trump said, as every other President has, was privileged.

The Democrats are so hapless and bad at politics they should have seen this coming and insisted the hearings be public. Instead, they got nothing and did it in private making them look extremely weak and incompetent.  I don’t see how Trump can lose against these clearly overmatched Dems.

From The Washington Times: Democrats on the House Judiciary Committee on Wednesday said a White House lawyer is refusing to let Hope Hicks answer questions about her time in the Trump administration.

Mr. Lieu said even basic questions such as “Where is your office located,” have been batted back with an objection from White House lawyers.

When asked if he learned anything from the hearing, Mr. Lieu told reporters to wait for the transcript, which is expected to be released in about 48 hours.

Republicans, meanwhile were livid the hearing was happening in the first place. The committee’s ranking Republican, Doug Collins of Georgia, called the hearing “a waste of time.”

“What is the report is in the report. Ms. Hicks‘ testimony has been consistent with that,” Mr. Collins said. “Democrats continue to try to relitigate the Mueller investigation, but they don’t have the resources and they are simply having dramatic readings. This is not something we need to be doing when we have a border crisis and other things going on.”

“There are other things we ought to be focused on like improving the infrastructure, doing something about the 145,000 illegal immigrants that came across our southern border in one month. We’ve got real problems with Iran right now and yet we are screwing around with Hope Hicks,” he said. “I mean what a waste of time.”

“It’s more lawlessness,” he said of the White House.

Rep. John Ratcliffe, a Republican member of the committee, told reporters said he didn’t know why Ms. Hicks was there in the first place.

“I don’t know why the Democrats are on the path to interview all the witnesses Bob Mueller has already interviewed,” Mr. Ratcliffe told reporters. “I don’t know if this is a Democrat effort to redo the Mueller report or what the strategy is there or the reason behind it.”

“I don’t know what a bunch of House members are going to find out that a team of 60 sending $40 million couldn’t find out or ask Hope Hicks,” the third-term Texas Republican continued. “I guess we’ll find out, but thus far the answer is nothing.”