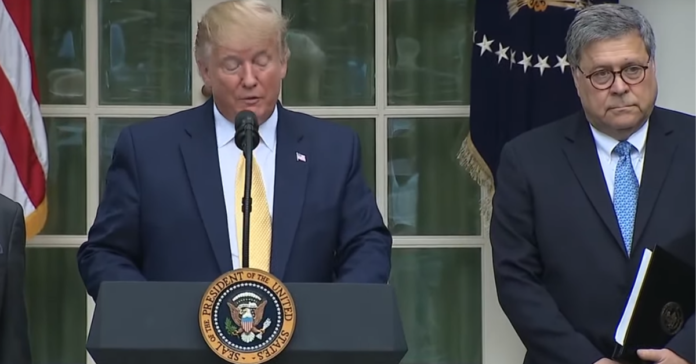 President Trump will not back down, not that anyone thought he would. Basically, Wilbur Ross blew it and got too clever with how he went about getting the citizenship question on the census.

The Trump administration does not have time to go back and fight through the courts, so Trump did what he must with his new executive order.

Trump also sent a message to the left, saying his executive order on data sharing (so we finally have a valid number of citizens and non-citizens) could be used by states to redraw Congressional districts so they focus on voters.

The left will probably sue, but based on the Supreme Court gerrymandering decision, the states will be free to draw their map as they want.

In other words, it ain’t over. From Fox News:

President Trump, speaking at the White House on Thursday, announced that he would “immediately” issue an executive order to get an accurate count of non-citizens and citizens in the United States — a measure Trump said would be “far more accurate” than relying on a citizenship question in the 2020 census.

The move would make use of “vast” federal databases and free up information sharing among all federal agencies concerning who they know is living in the country, Trump said.

“Today I’m here to say we are not backing down in our effort to determine the citizenship status of the United States population,” the president told reporters, after slamming “far-left Democrats” seeking to “conceal the number of illegal aliens in our midst.”

“We will leave no stone unturned,” Trump asserted. He called legal opposition to adding a citizenship question to the 2020 census “meritless,” but said the ongoing legal morass made it logistically impossible to resolve the matter in the courts before the 2020 census forms needed to be printed.

Speaking after Trump, Attorney General Bill Barr said the information collected via the executive order could be useful in determining the makeup of the Electoral College and congressional apportionment.

“That information will be used for countless purposes. For example, there is a current dispute over whether illegal aliens can be included for apportionment purposes. … We will be studying this issue,” Barr said.

Census counts — which by law include illegal immigrants — are used to determine the allocation of seats in the House of Representatives for the next 10 years, the makeup of the Electoral College and the distribution of some $675 billion in federal spending.