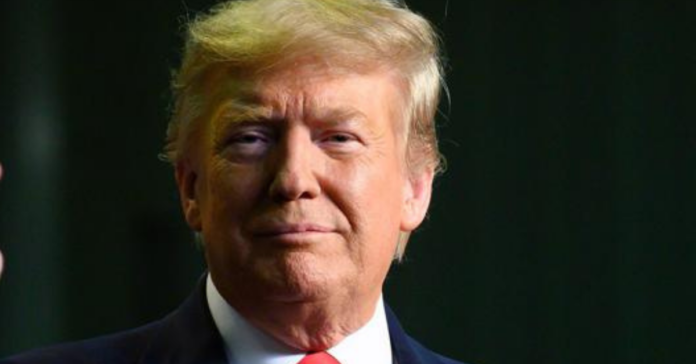 Former President Trump launched a communications platform today so he can more easily communicate with his supporters. Trump made the announcement one day before Facebook will decide whether he is let back on their platform. Trump is permanently banned from Twitter.

The communications platform, “From the Desk of Donald J. Trump” can be found at www.DonaldJTrump.com/desk. The technology is powered by Campaign Nucleus— the “digital ecosystem made for efficiently managing political campaigns and organizations.” Trump’s former campaign manager and digital director Brad Parscale is involved with the effort.

The platform lets Trump post and allows followers to share the former president’s posts to various social media networks. At present, Trump’s platform does not allow users to reply or otherwise engage with Trump and what he posts.

“This is just a one-way communication,” one source told Fox News. “This system allows Trump to communicate with his followers.”

Below are some of TRump’s posts: “Heartwarming to read new polls on big-shot warmonger Liz Cheney of the great State of Wyoming.

“She is so low that her only chance would be if vast numbers of people run against her which, hopefully, won’t happen. They never liked her much, but I say she’ll never run in a Wyoming election again!

“So nice to see RINO Mitt Romney booed off the stage at the Utah Republican State Convention. They are among the earliest to have figured this guy out, a stone cold loser!

“Please explain to the Democrats and RINOs that the reason Texas-06 completely shut out Democrats in Saturday’s Jungle Primary is because of my Endorsement of Susan Wright, who surged last week after receiving it.

“The Democrats were shut out and now it will be a contest between two Republicans, a very big win. It would be nice, however, if the pundits and Fake News Media would state the real reason for this unprecedented victory!”

The rollout of the platform also comes just a day before Facebook’s Oversight Board is expected to announce its decision on whether to indefinitely suspend Trump from Facebook and Instagram.

The board in January accepted a case referral from Facebook to examine the ban, as well as to provide policy recommendations on suspensions when the user is a political leader.

Facebook moved to block Trump “indefinitely” after the Jan. 6 riot in the U.S. Capitol, with CEO Mark Zuckerberg saying that they “believe the risks of allowing the President to continue to use our service during this period are simply too great.”

Regardless of Facebook’s decision Wednesday a Twitter spokesperson told Fox News that Trump is permanently suspended from tweeting.

You can see Trump’s posts here.