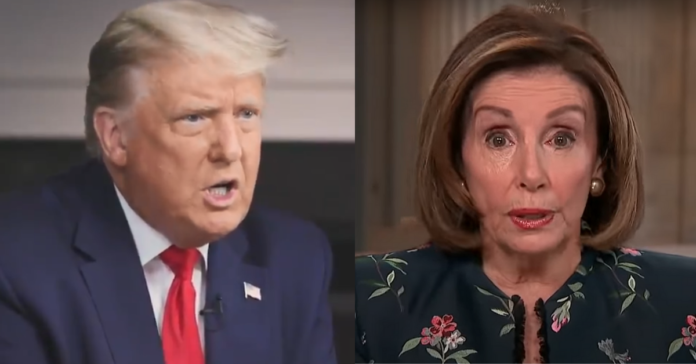 An attorney for former President Trump is firing back at Dems in Congress who are still trying to get Trump’s taxes confirming that Trump will fight to block the release of the returns. The Dems have tried and failed to get the taxes and one wonders what they plan to do with them other than leak them to try to make Trump look bad.

Remember, New York prosecutors have had Trump’s taxes for a while and still have not charged him with anything.

The Department of Justice reversed an earlier decision by the Trump admin’s Office of Legal Counsel and ordered the tax returns turned over to the Democratic-led House Ways and Means Committee last week.

“There is no evidence of any wrongdoing here and I object to the release of the returns not only on behalf of my client but on behalf of all future holders of the office of the president of the United States,” Ronald Fischetti, a lawyer for Trump said.

“What’s changed?” Mr. Fischetti said of Justice-Treasury reversal. “This has been ongoing for years.”

“This politicization and harassment of Mr. Trump is uncalled for and outrageous,” Fischetti said. He added that he has “never seen anything like this” in his career.

“The statute at issue here is unambiguous:

‘Upon written request’ of the chairman of one of the three congressional tax committees, the Secretary ‘shall furnish’ the requested tax information to the Committee.”

The order marked a reversal for the Justice Department. In 2019, when Trump was still in office, the department’s Office of Legal Counsel declared that the request for his taxes by the Democratic-led House Ways and Means Committee was based on a “disingenuous” objective aimed at exposing them to the public.

Unlike other recent presidents, Trump did not publicly disclose his tax returns.

In 2019, the House Ways and Means Committee filed a lawsuit in hopes of forcing the Trump administration to comply with its request for the tax returns.

That lawsuit, which is still pending, provides a vehicle for Trump to argue that the Justice Department’s order from last week is unlawful.

U.S. District Court Judge Trevor McFadden, who is hearing the case, has given Trump and his lawyers a Wednesday deadline for explaining their view of how the case should proceed.

Trump will challenge in court the DOJ order that his tax returns be turned over to Congress.https://t.co/lqVuyzBlTr