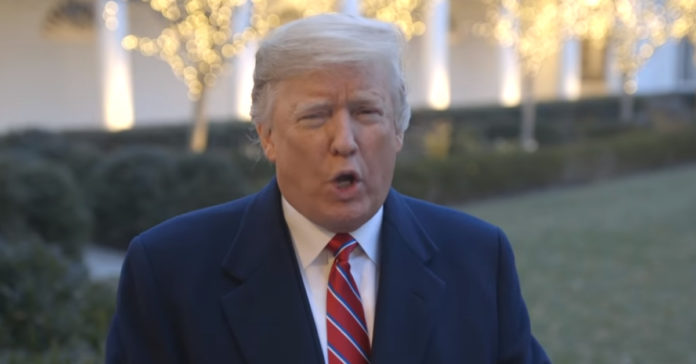 President Trump just fired the shot heard round the world when he announced he is pulling our troops out of Syria.

Trump has long promised to draw down our troops in this region (and others) and has been discouraged by his aides and by the facts on the ground.

But Trump’s new strategy in the middle east has been highly effective and we have basically obliterated ISIS which was our reason to be there.

If we are not going in and taking out Assad, and it seems like we did not want to do that under Obama nor Trump, then we need a solution that leads to peace.

We can’t get stuck there like we are in Afghanistan – we need to be able to stabilize and hand off to the locals or we risk permanent deployment.

There is a debate within the administration regarding Syria and Iran and what this would mean as well as what this could mean for Russia or even China who may seek to fill a vacuum if we leave.

But this looks more like a grand bargain struck and with Trump’s new mid-east peace plan ready to roll out very soon, this may just be one part.

From The Washington Times:

The Trump administration is seriously considering withdrawing all American forces from Syria, Reuters and other news outlets reported Wednesday in a development that would mark a major shift in U.S. strategy in the region and in the years-long fight against the Islamic State.

The U.S. has about 2,000 ground troops in Syria and has conducted airstrikes against the Islamic State in the country since 2014.

Pentagon officials in recent months have said the Islamic State has been “territorially defeated,” signaling that an end to the formal American military mission could be near. And President Trump also has said recently he wants to bring all U.S. forces home.

But Defense Department officials have occasionally been at odds with the White House on the exact U.S. mission in Syria.

Pentagon officials have said the only American mission is to defeat the Islamic State, while White House national security adviser John Bolton said the U.S. would remain in Syria until all Iranian-backed proxy groups — which are aligned with Syrian dictator Bashar Assad — are forced out of the country.