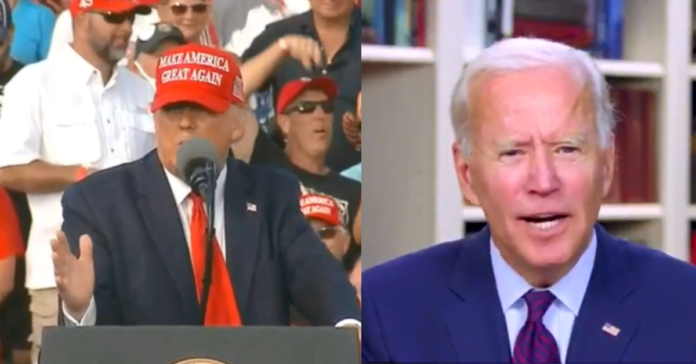 President Trump’s campaign is putting $3 million into Wisconsin and will officially file a petition for a recount two Wisconsin counties, Milwaukee and Dane.

Under Wisconsin law, fashioned after good old Midwest common sense, you have to pay upfront if you want a recount. A full recount of Wisconsin would cost around $7 million.

“The people of Wisconsin deserve to know whether their election processes worked in a legal and transparent way,” Jim Troupis, a counsel to the Trump campaign, said in a statement.

“Regrettably, the integrity of the election results cannot be trusted without a recount in these two counties and uniform enforcement of Wisconsin absentee ballot requirements. We will not know the true results of the election until only the legal ballots cast are counted,” Troupis added.

“We will not stop fighting for transparency and integrity in our electoral process to ensure that all Americans can trust the results of a free and fair election in Wisconsin and across the country.”

Former Governor Scott Walker said the last few recounts in Wisconsin only resulted in a couple of hundred vote difference so Trump faces an uphill climb.

The campaign said it transferred $3 million to Wisconsin in order to cover the estimated cost of the recounts, an amount that, while large, is significantly smaller than the $8 million that it would cost to conduct a recount of votes across the entire state.

The move comes after officials completed a statewide canvass of votes that showed President-elect Joe Biden won Wisconsin by 20,608 votes over Trump. The campaign faced a 5 p.m. deadline Wednesday to file a petition requesting a recount. It is highly unlikely that a recount will change the results of the race in Wisconsin, given Biden’s margin of victory, however.

Around the time that Biden was projected the winner in Wisconsin, the campaign said that Trump planned to request a recount in the Badger State but the action could not be taken until after the vote canvass was completed.

The campaign on Wednesday cited what it claimed to be illegally altered and issued absentee ballots and what it described as illegal advice given by government officials on Wisconsin voter ID laws.