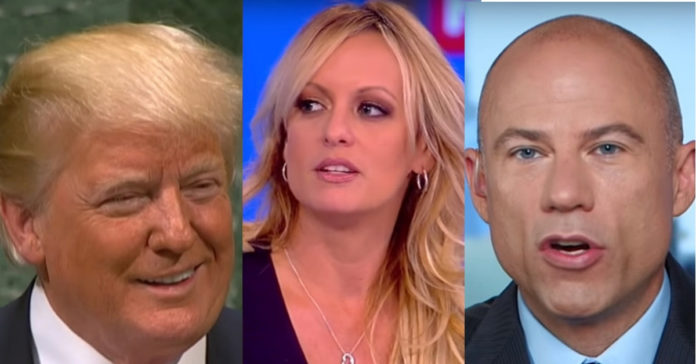 The bad news keeps coming for Michael Avenatii, proving again liberals should not poke the bear unless they are ready to go all the way.

Half measures and empty rhetoric are the hallmarks of the left and Avenatti, for a brief moment, seemed to change all that and actually presented himself as a credible challenger to Trump.

Even Bruce Springsteen agrees the Democrats have no one who can compete with Trump today, which explains Avenatti’s rapid rise on the left from hapless to hopeful.

The left does need a fighter, but not a frivolous one like Avenatti, in fact, he needs to get his house in order and soon and that will require cutting a check to Trump for $800,000.

Attorney Charles Harder said his firm spent more than 500 hours and $390,000 in legal fees defending the president and asked the court to press for just as much money in sanctions to deter “frivolous defamation cases.”

“This action is virtually unprecedented in American legal history,” Harder wrote in court papers. Daniels “not only brought a meritless claim for defamation against the sitting president of the United States, but she also has engaged, along with her attorney, in massive national publicity.”

U.S. District Judge S. James Otero did not issue an immediate ruling, saying that the firm’s request for the legal fees was reasonable but that the firm went overboard on the hours spent working on the case.

Otero also questioned if the attorneys’ fees on their own would deter future frivolous lawsuits.

Now it is important to remember that Stormy is alleging that Avenatti took this disastrous action against Trump of his own volition, to raise his stature as he built his name to run against Trump.

If true, it could be Avenatti who has to pay Trump, not Stormy, and that would be karma. As is Avenatti’s decision to quit politics.

From The Hollywood Reporter: Michael Avenatti announced on Tuesday that he will not run for president in 2020.

The lawyer for Stormy Daniels had been toying with the idea as he went after President Trump, both in the courtroom and over Twitter.

Avenatti said in a statement via social media that he did not make the decision “lightly” and was doing it “out of respect for my family.”

In the same statement, Avenatti said he would continue to represent Daniels, who recently reportedly said the lawyer sued the president this year without her permission.

Avenatti made even more news in recent weeks after he was arrested on suspicion of domestic violence. Originally booked on a felony, the case was filed by Los Angeles police with the district attorney’s office. That office declined a felony charge and sent the case the city attorney’s office who is reviewing for misdemeanor consideration.