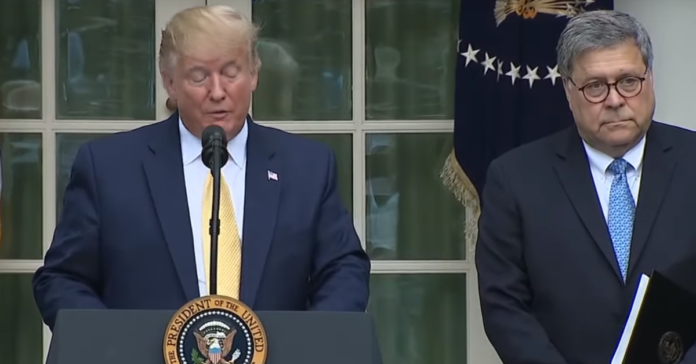 President Trump does not give up. When he suffers a setback he regroups and finds a different line of attack.

If that is rebuffed, he finds another one and on it goes. That is what is happening at the border.

The Democrats won’t help so he has turned to Mexico and Guatemala for help using both the carrot and the stick to get the correct response.

It seems to be working. Mexico is cracking down in unheard of ways and now Guatemala may make a deal that could effectively close the USA to asylum seekers.

President Donald Trump’s deputies may soon finalize a “safe third country” deal with Guatemala that would allow U.S. border officials to legally block most migrants from even applying for asylum, according to the New Yorker magazine.

The Guatemala deal would create a legal wall on the U.S. border that would prevent migrants from asking for asylum or getting released into the United States, according to the outlet:

According to a draft of the agreement, which The New Yorker has obtained, asylum seekers from any country who either show up at U.S. ports of entry or are apprehended while crossing between ports of entry could be sent to seek asylum in Guatemala instead …

Under this new arrangement, most of these migrants will no longer have a chance to make an asylum claim in the U.S. at all.

“We’re talking about something much bigger than what the term ‘safe third country’ implies,” someone with knowledge of the deal told me.

“We’re talking about a kind of transfer agreement where the U.S. can send any asylum seekers, not just Central Americans, to Guatemala.”

The draft of the agreement doesn’t provide much clarity on how it will be implemented—another person with knowledge of the agreement said, “this reads like it was drafted by someone’s intern”—but it does offer an exemption for Guatemalan migrants, which might be why the government of Jimmy Morales, a U.S. ally, seems willing to sign on.

Guatemala is currently in the midst of Presidential elections; next month, the country will hold a runoff between two candidates, and the current front-runner has been opposed to this type of deal. The Morales government, however, still has six months left in office.

The deal also helps Mexico because it would allow Mexico to easily repatriate migrants who refuse to apply for asylum as they pass through Guatemala.