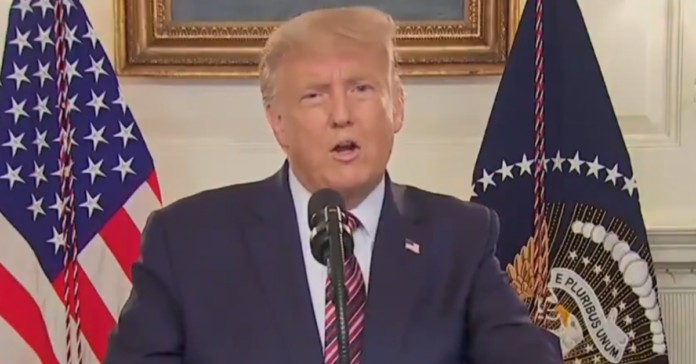 The Supreme Court handed Trump and the GOP one victory in Wisconsin and two losses in Pennsylvania and North Carolina when it comes to mail ballots.

The rulings seem contradictory but they are not – SCOTUS does not want the state courts to overstep their bounds and make election law.

SCOTUS believes state legislatures are the only ones with this power. What it all means right now is that we may not know the winner of the election on Tuesday night. Which is fine, if the ballots are in on time they must be counted.

President Trump has reportedly called off plans to host an election night event at Trump International Hotel in Washington, D.C., a person familiar with the plans told The New York Times.

The source told the Times that Trump will instead likely remain at the White House on Nov. 3.

This comes after the Trump campaign last weekend sent fundraiser emails to donors announcing a drawing that would give one winner, along with a guest, the chance to be flown to the nation’s capital, where they would stay for free and attend the Nov. 3 party at Trump International as VIPs.

“November 3rd will go down in history as the night we won FOUR MORE YEARS,” the email read. “It will be absolutely EPIC, and the only thing that could make it better is having YOU there.”

At a press conference Monday, D.C. Mayor Muriel Bowser (D) said she was not aware at the time of party preparations at Trump International, which Washingtonian reported is sold out for election night.

D.C.’s coronavirus regulations currently restrict events to a maximum capacity of 50 people, including all attendees and staff.

A Trump spokesman declined to comment when contacted by the Times.

North Carolina, yes. Pennsylvania, yes. Wisconsin, no. That’s how the Supreme Court has answered questions in recent days about an extended timeline for receiving and counting ballots in those states.

In each case, Democrats backed the extensions and Republicans opposed them. All three states have Democratic governors and legislatures controlled by the GOP.

At first blush, the difference in the outcomes at the Supreme Court seems odd because the high court typically takes up issues to harmonize the rules across the country. But elections are largely governed by states, and the rules differ from one state to the next.

A big asterisk: These cases are being dealt with on an emergency basis in which the court issues orders that either block or keep in place a lower-court ruling. But there is almost never an explanation of the majority’s rationale, though individual justices sometimes write opinions that partially explain the matter.