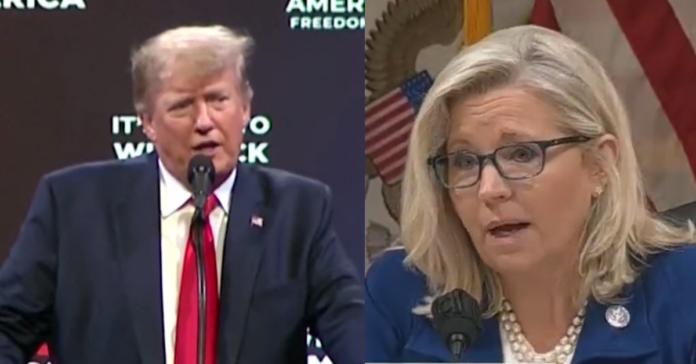 “But when Pelosi wrongfully didn’t allow them, we should’ve picked other people. We have a lot of good people in the Republican Party.”

When asked about Kevin McCarthy as speaker after the Dems get crushed in the midterms Trump said:

“Well, I’m not going to comment on that now. But I just tell you that – and I like Kevin very much – but in retrospect, it’s not fair when you have, I don’t know how many people they have on the committee in total, but whatever it is, and you have nobody to give the opposing point of view.”

“Well, I don’t want to comment on that now. But you and I will talk at some point in the future,” he said when asked if he will endorse Kevin for speaker.

But how much are these hearings resonating with the public? A new POLITICO/Morning Consult poll offers insights:

Fifty-eight percent of voters heard about the hearings held on June 13 and 16, and 38% of voters said they watched or listened to at least some of them.

There was a substantial partisan divide among those who tuned in: 56% of Democratic voters watched, as did 32% of independents and 25% of Republicans.

Just 38% of voters said they heard “a lot” or “some” about retired Judge J. MICHAEL LUTTIG’s statement to the Jan. 6 committee that Trump and his allies instigated a war on democracy so that he could stay in power.

Sixty-two percent of voters said they heard “not much” or “nothing at all.” (For comparison: 42% of voters heard “a lot” or “some” about ELON MUSK’s statement that he recently voted for a Republican for the first time in his life.)