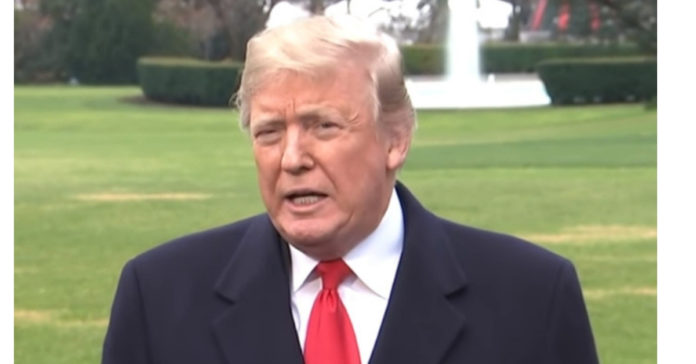 President Trump just made his move to close a weird loophole in existing gun laws. This is a move sure to cause some controversy but leadership is defined by making the tough choices.

In a reversal of an earlier ruling, the Justice Department will now classify bump stocks as machine guns – which are strictly regulated – because “such devices allow a shooter of a semiautomatic firearm to initiate a continuous firing cycle with a single pull of the trigger.”

The device allows a weapon to fire at nearly the rate of an automatic firearm.

A bump stock works by allowing a weapon to slide back and forth between the shoulder and trigger finger more quickly.

Gun owners will either have to surrender or destroy the devices after the final ruling is issued. The law will go into effect 90 days after it is published in the Federal Register.

His administration, though, is sidestepping any potential debate in Congress in issuing a final rule on Tuesday that adds bump stocks to a definition of machine guns written 80 years ago, during the heyday of gangsters’ use of “tommy guns.”

The attachments use a gun’s recoil to bump its trigger, enabling a semiautomatic weapon to fire hundreds of rounds per minute, which many say transforms the firearm into a machine gun.

The Justice Department’s regulation follows the lead of many states and retailers that imposed stricter limits on sales of guns and accessories after a deadly March shooting at a Florida high school.

The Trump administration is already bracing for a lawsuit from the National Rifle Association or other gun ownership groups.

On a call with reporters, senior Justice Department officials on a call said they were confident in the review of case law they conducted while writing and revising the regulation. The department received nearly 190,000 comments on its proposal for the regulation.

Obama Administration legalized bump stocks. BAD IDEA. As I promised, today the Department of Justice will issue the rule banning BUMP STOCKS with a mandated comment period. We will BAN all devices that turn legal weapons into illegal machine guns.