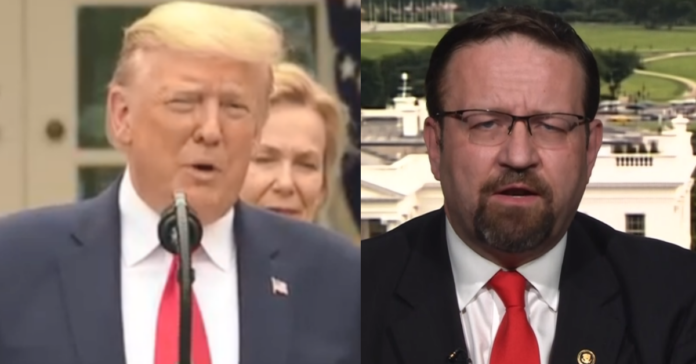 President Trump appointed Dr. Sebastian Gorka, who previously worked as a senior adviser to the president, to a four-year term at National Security Education Board

The White House said: “Today, President Donald J. Trump announced his intent to appoint the following individuals to key positions in his Administration:

Sean M. Bigley, of California, to be a Member of the National Security Education Board for a term of four years.

Dr. Sebastian Gorka, of Virginia, to be a Member of the National Security Education Board for a term of four years.

Geoffrey C. Shepard, of Pennsylvania, to be a Member of the National Historical Publications and Records Commission.

Andrew Olmem, of Virginia, to be a Member of the J. William Fulbright Foreign Scholarship Board.”

The National Security Education Board is comprised of six Presidential appointees, representatives at the Department of Defense, as well as representatives from seven additional Cabinet-level departments. The Office of the Under Secretary of Defense for Personnel and Readiness (OSD/P&R) provides policy oversight to NSEP. Collectively the Board advises on NSEP’s administration.

The David L. Boren National Security Education Act of 1991 mandated that the Secretary of Defense create and sustain a program to award scholarships to U.S. undergraduate students; fellowships to U.S. graduate students; and grants to U.S. institutions of higher education. These awards are for study or program development in languages and regions critical to national security. Based on this legislation, the National Security Education Program (NSEP) was established.

NSEP was created to develop a much-needed strategic partnership between the national security community and higher education, addressing the national need for experts in critical languages and regions.

NSEP is one of the most significant efforts in international education since the 1958 passage of the National Defense Education Act, and it continues to play a critical role within the Department of Defense.