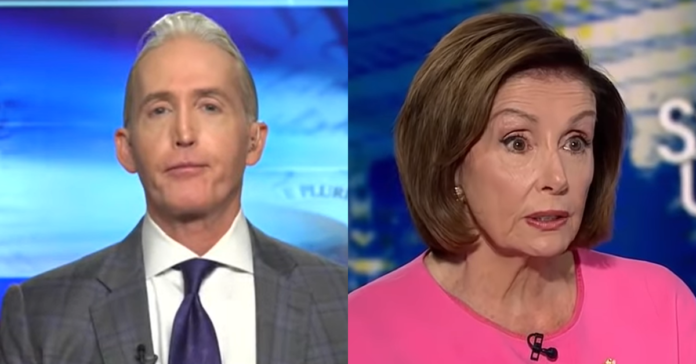 Trey Gowdy doomed the Democrats in the critical 2022 midterms with the hard truth AOC and the gang refuse to see. Gowdy called out the Dems for the rise in crime saying their new ‘reform’ policies are letting violent criminals roam free.

Trey summed it up in simple terms: “My guess is a political strategy of closing the schools but opening the prisons is not going to work come November.”

Trey said: “The problem is he (NYC’s new liberal DA) doesn’t want to be a prosecutor. He has a hard time finding crimes he wants to prosecute and even when he can be bothered to prosecute, he doesn’t believe in prison.

“So we have a prosecutor who doesn’t like prosecuting or punishing crime. I wonder if he might be happier as a defense attorney or maybe working for the editorial board at the New York Times.

“We hear the phrase ‘threat to democracy’ a lot. What would you call a prosecutor who decides to ignore laws passed by legislative bodies and eliminates the role for police, juries and judges. Is that anti-democratic when one person issues a memo obviating the criminal code?

“Why would the police arrest anyone who isn’t going to be prosecuted? Why should the police risk their lives or risk being sued to investigate crimes the prosecutor will either reduce to probation or dismiss?

“Does that sound progressive or insane?

“These hug-a thug, soft on crime policies have real world consequences. Not only are more people victimized and killed, but these prosecutors are trying to change the law with a memo. That is anti-democratic.

“I hate to ruin the ending but when you let violent people out on bond, you get more violence.

“When you have fewer police, less funding, less prosecutions and no prison time, you are going to get more violent crime.

“That does not sound very progressive to me.

“It sounds stupid but dangerously so. My guess is a political strategy of closing the schools but opening the prisons is not going to work come November.”

Alvin Bragg released a memo on his third day in office, ordering prosecutors not to seek prison sentences for a slew of crimes and to downgrade charges – including for robberies and commercial burglaries.

Daniel Bibb, who worked as a Manhattan assistant district attorney for 24 years, said he’s never seen an approach like this.

“Imagine you’re a clerk in a bodega and are the victim of a knifepoint robbery, not only could the guy not go to jail, he could get charged with a misdemeanor,” Bibb told Fox News. “That is the definition of insanity.”

The memo says that the robbery charge should be downgraded to a petit larceny if the brandishing of the weapon “does not create a genuine risk of physical harm.”

The DA also said he will no longer prosecute many crimes – including some trespass offenses, resisting arrest and fare evasion.

A great message of unity from @HerschelWalker last night! Thank you for joining us. https://t.co/xAS7AG7o7t