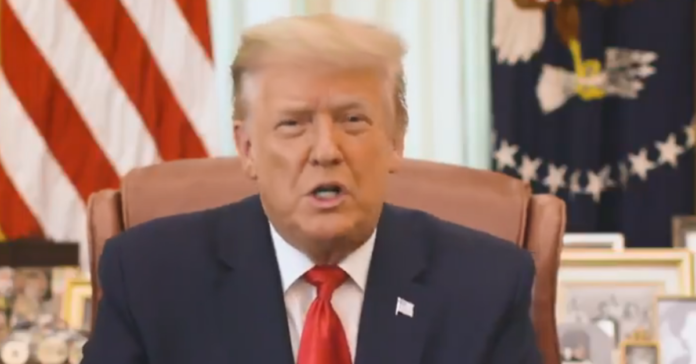 Speculation is swirling around DC that Trump is going to form a new political party called the Patriot Party but Miller shot down those rumors saying Trump will not be focusing on that.

Miller told “Just the News AM” that Trump will instead focus on election integrity and “winning back the House and the Senate for Republicans in 2022 to make sure that we can stop the Democratic craziness.”

“You’re also going to see him emerge as the nation’s leader on ballot and voting integrity,” Miller said.

“As we saw, an important thing to keep in mind, so much of our debate between the election and up until a couple weeks ago was over these Article 2 abuses and the Constitution, where only the state legislatures can actually go and set” the rules for mail-in voting, Miller said.

“This is something we’re going to start ramping up, not immediately. We’ll give them a little bit of a transition period but this is critical and we have to do it,” he said.

“A number of things could be done legislatively but I think President Trump also looks at Capitol Hill and realizes Democrats are in charge of both the House and the Senate and, quite frankly though, even if we had Republicans controlling much of this, they might go to block some of these things.”

“We see how the D.C. insiders are just slow to move,” he said.

“I mean, how many years did Republicans sit there and do nothing about Section 230 abuses?”

“How many years did Republicans sit there on Capitol Hill, even though we had both the House and the Senate, and never did anything about the spying and cheating that we saw from President Obama and his administration, everything he did in the transition in 2016 when Joe Biden was screaming, ‘Logan Act’ and all the abuses we saw Susan Rice and all the other things. Republicans never got to the bottom of that,” he said.

Excited to announce that Columbia, SC-based Butch Bowers has joined President Trump’s legal team. Butch is well respected by both Republicans and Democrats and will do an excellent job defending President Trump.