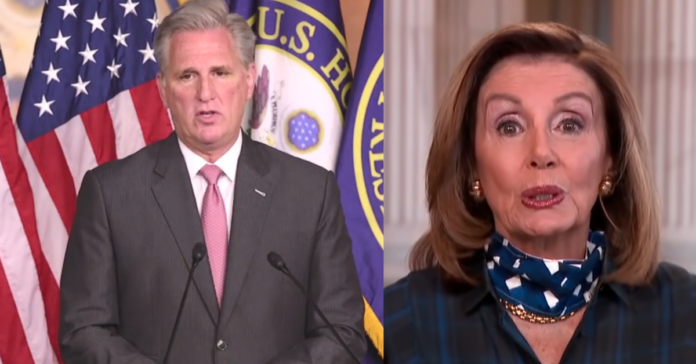 Three Republicans broke ranks and joined House Democrats in voting to pass the Equality Act today. The bill passed the House with a 224-206 vote.  Every Democrat supporting the measure, and while Chuck Schumer said he will bring it up in the Senate it is doubtful he will have 60 votes.

Reps. John Katko (R-N.Y.), Tom Reed (R-N.Y.) and Brian Fitzpatrick (R-Pa.) were the only Republicans to vote in favor of the bill this time although nine GOP members voted for an earlier version.

“We stand firmly against discrimination in any form. Throughout my tenure in Congress, we have fought to ensure all are treated fairly before the law, regardless of their gender or sexual orientation,” Reed said in a statement.

“We have been assured by the author of the bill that the fundamental rights of the American people, such as religious freedoms, have been protected in the legislation as written. We will continue to support these efforts to ensure unlawful persecution or discrimination is prevented,” he added.

“Today, I once again supported passage of the Equality Act, a bill that creates a uniform federal standard for preventing discrimination based on sexual orientation and gender identity. In New York, this bill is already established law,” Katko said in a statement.

“But in states across the country, differing standards have made it difficult for employers to conform to conflicting laws,” he added.

“The Equality Act has received strong support from the business and manufacturing community. This bill will ensure equal opportunity in the workplace.”

“Under this Democrat regime, which controls Congress, the arrogance of the radical Left will lead them to try and regulate and control every aspect of your life, including how you gender your children,” Colorado Republican Rep. Lauren Boebert said denouncing the bill in a House Freedom Caucus press conference on Thursday.

The House passed the Equality Act, a bill that would prohibit discrimination against people based on sexual orientation and gender identity, despite sharp opposition from Republicans over provisions relating to transgender people participating in women’s sports, hormone treatments for minors, and abortion.

The bill, passed 224-206, would expand on last year’s Supreme Court ruling that the Civil Rights Act bans employment discrimination based on sexual or gender identity. A version of the Equality Act passed the House in the last Congress, but the Republican-controlled Senate never brought it up for a vote.

Senate Majority Leader Chuck Schumer on Thursday promised to put the legislation up for a vote in his chamber now that Democrats narrowly control it, but he declined to say when, other than it would be “at exactly the right time.”

Today, I'm presiding over the House floor as we prepare to vote on the #EqualityAct.

As the first LGBTQ+ person to represent Kansas in Congress, the significance of this moment is not lost on me.

For those who paved the way & for those who will come next, let's get this done. pic.twitter.com/XQdurEC3kU