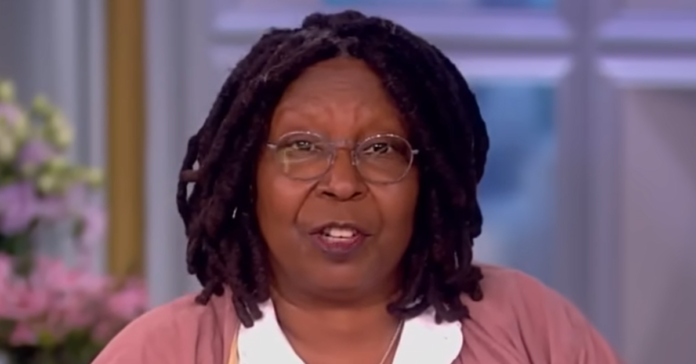 Fans of the hit show television The View are not happy with Whoopi Goldberg and are calling for her to be fired by ABC over her antics on the show.

One fan said: “Someone needs to start pushing back on Whoopi. I have a feeling someone will not let her interject one day which will cause Whoopi to go full-on nuts honestly. She has gotten exponentially worse this season so I hope next time contract negotiations are up it’s time to go, or work less days.”

Another said: “I have no idea what ABC thinks is happening here. They take several women, with no real credibility and let them mouth off day after day and they’re surprised that one day someone says something stupid?”

“Completely agree about Whoopi. She shuts down any opinion she doesn’t agree with.”

“Between Whoopi using the word ‘b***hin’ and Sunny Hostin referring to Republicans ‘p**sing on her leg when it’s raining’ I had to turn off.

“I know they’re passionate about gun issues but this is daytime TV, not the Howard Stern show.

“Some people have kids home for the summer,” the viewer said.

Another viewer said about Whoopi: “So out of touch.”

On Tuesday’s show, Whoopi said: “Sometimes you have to be an a** to be a parent.”

There is a petition to fire Whoopi from the View. 41,000 people have signed.

“Whoopi has made numerous remarks about race that have ruffled feathers. But her most recent comment attacking victims of the holocaust and the entire Jewish community are disgusting.

“Apologies are not enough when it comes to things like this, This can and will not be forgotten.

“We as Americans demand that she be fired from the daytime tv show “The View” for her repulsive verbiage and actions.”

If they fire Whoopi, I’m gonna not watch The View even HARDER! https://t.co/0ZtdWPfwEB