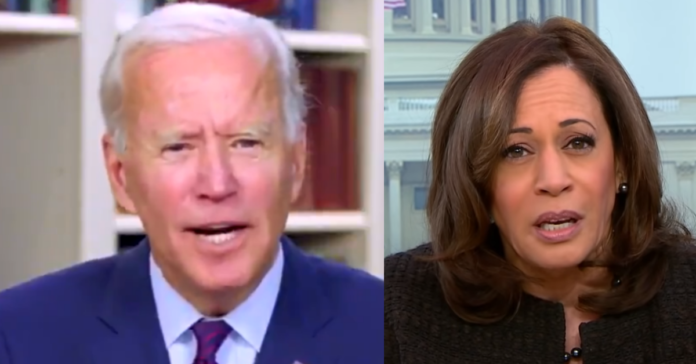 A federal judge just blocked the Biden administration’s 100-day deportation freeze and did so with a rare (at least before Trump) nationwide injunction.

Judge Drew Tipton issued a temporary restraining order against the Department of Homeland Security while a lawsuit from Texas attorney general Ken Paxton winds through the court system.

“Texas has thus far satisfactorily demonstrated it is entitled to immediate and temporary relief from the January 20 Memorandum’s 100-day pause on removals,” wrote Tipton, a Trump appointee.

“The federal government has plenary power over the enforcement of federal immigration law and an outgoing administration cannot contract away that power for an incoming administration,” Justice Department lawyers wrote in support of Biden.

The moratorium, one of Mr. Biden’s campaign promises, shielded most immigrants facing deportation from being removed from the U.S., as long as they entered the country before November 1, 2020.

It does not apply to those who pose a national security risk or are suspected of terrorism or espionage. Immigrants could also agree to voluntarily leave the country.

On January 8, Ken Cuccinelli, who was then the second-in-command at the Department of Homeland Security (DHS), signed an agreement committing the department “to consult Texas and consider its views” before changing policies governing the enforcement of federal immigration law.

DHS signed similar deals with other states and localities, but legal experts have questioned whether they are legally enforceable.

Texas alleged in its lawsuit that DHS should have informed the state of the 100-day deportation pause before implementing it.

It also claimed the policy violates federal immigration law that governs arrests and deportations of immigrants living in the U.S. without legal status or who become deportable because of certain criminal convictions.

Justice Department lawyers representing the Biden administration have argued that Texas had not shown that it was harmed by the moratorium and called the legal agreement the Trump administration signed with Texas “invalid” and “unenforceable.”

"Defendants are enjoined from executing the 100-day pause on removals for 14 days…" @CourthouseNews pic.twitter.com/Kbl2VNEM8c

Here's some of the "why" from U.S. District Judge Drew Tipton's order: pic.twitter.com/QOoAfJWLG1