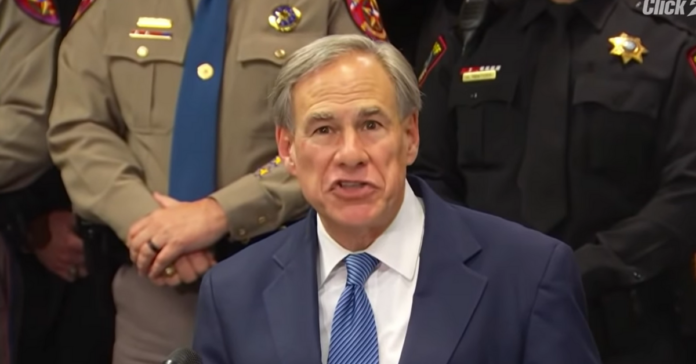 Democrats in the Texas House of Representatives pulled a sneak move to stall a new GOP election security bill by walking out of the chamber and denying the GOP a quorum. Republican Gov. Greg Abbott immediately pulled rank and said he will call for a special session: “Legislators will be expected to have worked out the details when they arrive at the Capitol for the special session,” Abbott said.

State Rep. Chris Turner, the Democratic House leader, said he sent a text message to members of his caucus at 10:35 p.m. telling them to leave the chamber: “Take your key and leave the chamber discretely. Do not go to the gallery. Leave the building.” He later celebrated, “We killed that bill.”

“I am disappointed that some members decided to break quorum,” said Republican state Rep. Briscoe Cain said. “We all know what that meant. I understand why they were doing it, but we all took an oath to Texans that we would be here to do our jobs.”

“We’ve said for so many years that we want more people to participate in our democracy. And it just seems that’s not the case,” Democratic state Rep. Carl Sherman said.

“We used all the tools in our toolbox to fight this bill, and tonight we pulled out that last one,” said Dem Rep. Nicole Collier. “We are no longer going to stand and let them continue to push measures that disenfranchise our voters.”

“There’s no widespread voter fraud. And so for them to mislead all of Texas into believing that there’s an issue — we’re going to call them out for that,” Collier added before stating the obvious that they will lose when Abbott calls a special session. “We may have won the war tonight, but the battle is not over.”

Texas Democrats walked out of the state House’s chamber just before midnight on Sunday to deny Republicans the quorum needed to hold a final vote on a controversial bill that would tighten voting laws in the state.

Gov. Greg Abbott, a Republican who supports the bill, said he will call for a special session. The bill has the support of Republicans in the state who see it as a common-sense approach to securing election integrity. Democrats see the bill as an attempt to discourage minorities from casting a ballot.

“Election Integrity & Bail Reform were emergency items for this legislative session,” Abbott tweeted late Sunday. “They STILL must pass. They will be added to the special session agenda. Legislators will be expected to have worked out the details when they arrive at the Capitol for the session.”

The bill known as Senate Bill 7 would have imposed a raft of election changes that eliminate drive-thru voting, empower partisan poll watchers and impose new requirements in order to cast a ballot by mail in Texas, which already has some of the toughest voting laws in the nation.

The bill was passed by the Texas Senate that included a new ID requirement for mail-in ballots, the Texas Tribune reported.

They STILL must pass.

They will be added to the special session agenda.

Legislators will be expected to have worked out the details when they arrive at the Capitol for the special session.

This probably still passes via special session and Greg Abbott corruption, but good for them. https://t.co/nXUWT7yatr