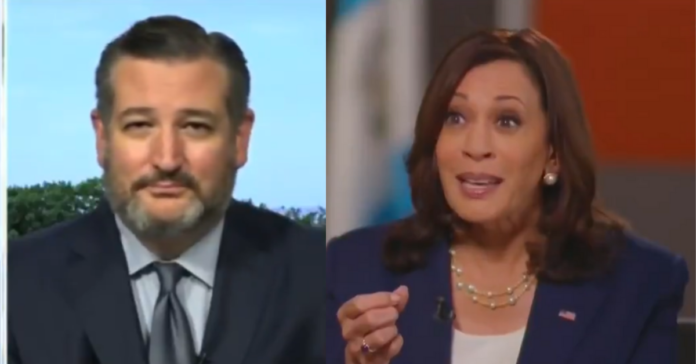 Sen. Ted Cruz (R-Texas) put Kamala Harris on notice after her disastrous NBC interview with Lester Holt. “It seemed like a hostage video she was just reading the words,” Ted said about Harris’ speech in Guatemala where she told migrants not to come north. “Everything that she has said, everything Joe Biden has said, and more importantly everything Joe and Kamala have done has sent exactly the opposite message,” Cruz added.

“We have a border crisis on the southern border, come to Texas, come to the Rio Grande Valley, come to McAllen, come see the cages that the Biden-Harris administration has built.

“And then even more importantly, stand up and be willing to enforce our laws to fix it, because that’s not what they’re doing right now,” Ted said.

“Do you have any plans to visit the border?” asked Holt.

Holt called her right out saying, “You haven’t been to the border.”

We have a crisis on the southern border.

She should come to Texas and see the crisis firsthand. #BidenBorderCrisis pic.twitter.com/IzwQn0woNY