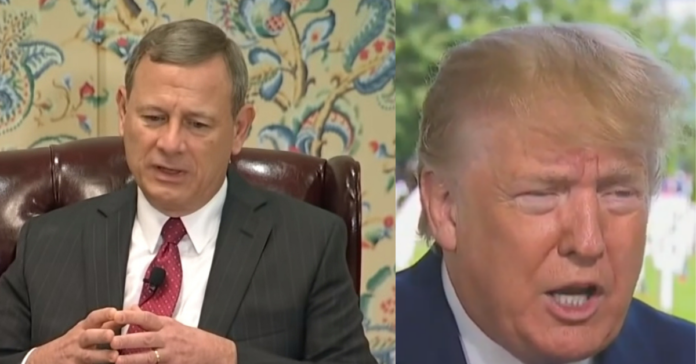 Chief Justice John Roberts joined the liberal members of the court to temporarily block President Trump’s citizenship question from appearing on the census.

This is a temporary setback for Trump as the Supreme Court sent it back to the lower courts to give the government time to make a new argument for why they want the question on the census.

Judge Alito ripped the decision in his dissent. The citizenship question has not been on the census since 1950. The court found the Trump administration’s reason for adding it was not adequate. But if they offer a valid reason at the lower court this could be revisited.

The Supreme Court found Thursday that the Trump administration did not give an adequate reason for adding a citizenship question to the 2020 census.

The move is a surprise win for advocates who opposed the question’s addition, arguing it will lead to an inaccurate population count. The administration had argued the question was needed to enforce the Voting Rights Act.

The justices sent the issue back to the Commerce Department to provide another explanation.