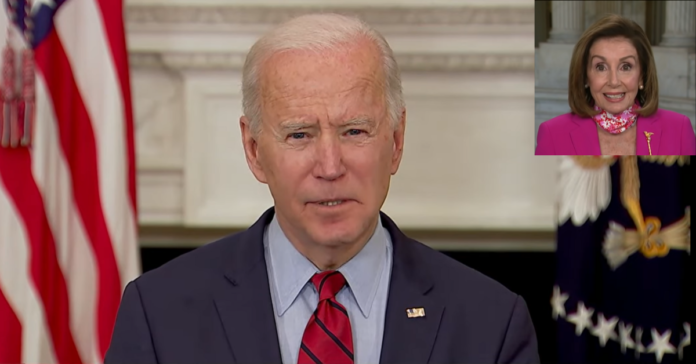 US stocks fell off a cliff after word leaked Thursday afternoon that President Joe Biden will propose increasing the capital gains tax rate on wealthy individuals. All three major indexes closed in the red after the news broke.

To be fair to the worried investors, the proposed rates look very different from the current ones, with a top federal capital gains tax of only 20%.

Individuals earning $200,000 a year and married couples making $250,000 a year also pay an additional 3.8% tax on their capital gains to help fund Obamacare.

Wall Street is not impressed and the shock from these numbers is hard for investors to shake off, said Edward Moya, senior market analyst at Oanda, in a note to clients.

“The biggest risks to the stock market are the Fed’s taper tantrum and aggressive tax hikes,” he said.

That said, this is only a proposal and the final product might look very different. White House press secretary Jen Psaki said on Thursday that details of the American Families Plan will be outlined next week during President Joe Biden’s address to Congress, but she would not confirm tax increase details in the plan.

Bloomberg News reported Thursday afternoon that Biden is planning a capital gains tax hike to as high as 43.4% for wealthy Americans.

The proposal would hike the capital gains rate to 39.6% for those earning $1 million or more, up from 20% currently, according to Bloomberg News, citing people familiar with the matter. Reuters and the New York Times later matched the headlines.

“That’s a sizable cost increase to long-term investors. Expect selling this year if investors sense the proposal has a chance of becoming law next year.”

Growth stocks, which could come under selling pressure on higher capital gains taxes, led the intraday decline on Thursday with shares of Tesla and Amazon falling 3.3% and 1.6% respectively. The iShares S&P 500 Growth ETF fell 1%, more than its value counterpart.

Those stocks have driven most of the gains over the past few years and many investors have significant gains at current prices. Fear of higher capital gains rate could motivate selling of those names and trigger market correction, so some investors will try and front run that potential move by selling or hedging through short selling.”