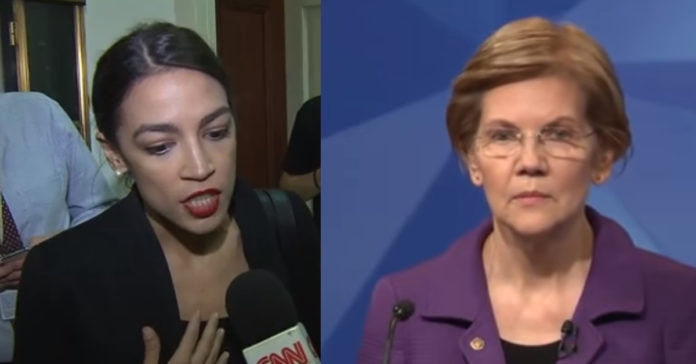 What is it with the left and their dubious ancestry claims to cling to oppressed peoples for cheap political points?

It what should be a national outrage, the left sat by and winced and said nothing as Liz Warren disgraced our laws designed to help less fortunate groups and mocked native Indians and their struggles in the process.

“[My family has] been doing a lot of family trees in the last couple of years,” Ocasio-Cortez said.

“And one of the things a lot of people don’t know about Puerto Rico, and something we discovered ourselves, is that a long time ago, many generations ago, my family consisted of Sephardic Jews.”

“The story goes that during the Spanish Inquisition, Jews were forced, on the exterior, to convert to Catholicism, but on the interior, they continued to be who they were, continued to practice their faith,” Ocasio-Cortez said.

“A strong group of people, who wanted to continue living life the way they wanted to live it, decided to get on a boat and leave Spain. Some of these people ended up in Puerto Rico.”

“I think it all goes to show that our destinies are tied beyond our understanding, beyond even what we know,” Ocasio-Cortez continued.

“And as we learn more and more about the histories of others, our friends and neighbors, we start to uncover what we already know to be true: Your destiny is mine, and my destiny is yours.”

This new con comes on the heels of Cortez making a serious blunder when she threatened Don Trump Jr. You cannot use positions of authority and wield them like a cudgel over the less powerful.

Which is just what Democratic Socialist Rep.-elect Alexandria Ocasio-Cortez did to Don Trump Jr. and now she faces a possible ethics investigations.