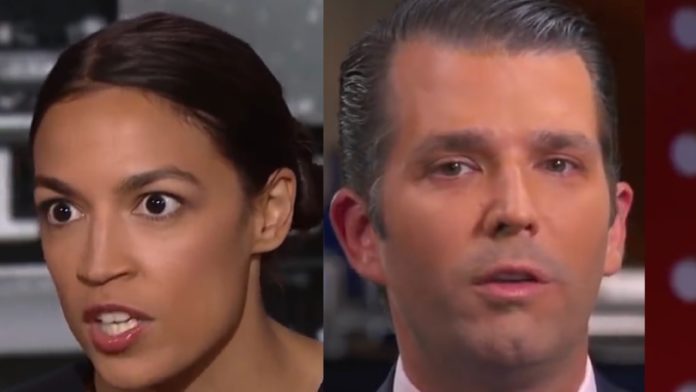 The left is newly empowered and they are letting it all go straight to their heads and if their early performance hints at what is to come they are in for a rude awakening.

We do have laws – as Michael Cohen is finding out. One of Mueller’s comments in his sentencing memo was that he used his position as a lawyer to threaten and try to muzzle the press.

A big no-no – you cannot use positions of authority and wield them like a cudgel over the less powerful.

Which is just what Democratic Socialist Rep.-elect Alexandria Ocasio-Cortez did to Don Trump Jr. and now she faces a possible ethics investigations.

I have noticed that Junior here has a habit of posting nonsense about me whenever the Mueller investigation heats up.

Please, keep it coming Jr – it’s definitely a “very, very large brain” idea to troll a member of a body that will have subpoena power in a month.

Are you threatening to use your power as a federal official to subpoena anyone who mocks or otherwise disagrees with you on the Internet? https://t.co/6Ymzqb2Y6Y

It's worth noting that the official House Ethics Manual explicitly prohibits the kind of threat that @Ocasio2018 just issued against @DonaldJTrumpJr for his refusal to support her political agenda. https://t.co/rJ83EeZXGY