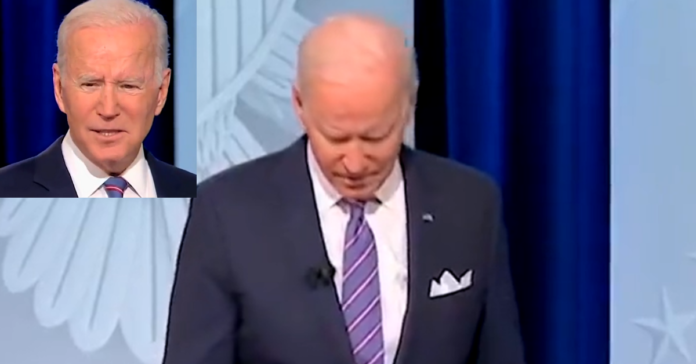 Saturday Night live turned on President Joe Biden last night with some brutal, funny, timely, and necessary truths. SNL saw its rating spike going after President Trump, like many in the media, only to see ratings decline without Trump to poke fun at.

We shall see if going after Biden will deliver the ratings boost the show needs, lord knows with Biden’s bumbling there is more than enough material to work with. The sketch opened James Austin Johnson playing Joe Biden who asks to see his press secretary, Jen Psaki.

“Jen Psaki, you’re dynamite in those briefings, with your quips and one liners,” Biden says to his press secretary. “What do you call those zingers?”

“Okay,” she said, “Your CNN town hall was watched by no one and your approval rating is in the dumpster.”

“I don’t understand. People used to like me. The press would call me ‘Uncle Joe.’ I miss the old me, where the hell did that guy go?” Johnson’s Biden asks.

Jason Sudeikis who played Biden on SNL when Biden was VP entered the scene saying:

“I’m you. I’m you from eight years ago man. The ghost of Biden’s past.”

“How can you be me? You seem so happy, so carefree, so what’s the word I’m looking for?” Johnson’s Biden says.

“Lucid!” Sudeikis says. “Where I’m from, we’re still VP you know? Easiest gig in the world. We’re like America’s wacky neighbor. Just pop in with an ice cream cone, some aviator shades and some finger guns. You know, shake a few hands, rub a few shoulders.”