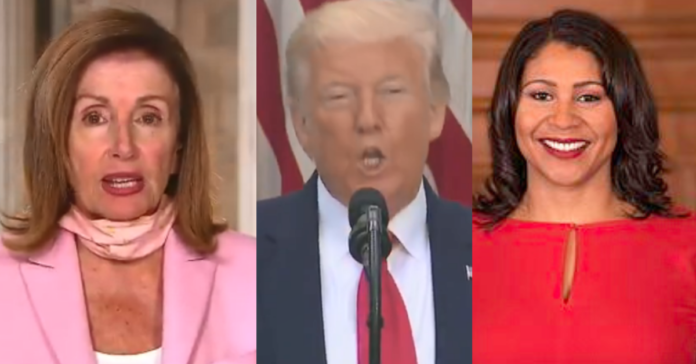 The mayor of San Francisco London Breed another Dem failure proved it again when she went way too far with her new Trump insult and she ought to be ashamed and she needs to apologize right now.

The mayor of a major American city actually called President Trump a “terrorist” as she tried in vain to defend House Speaker Nancy Pelosi hypocrisy.

She didn’t stop at calling Trump a terrorist either, she called him a dictator. A terrorist dictator she called our commander in chief – what an absolute disgrace.

“We have a terrorist, we have a dictator who is running this country and Nancy Pelosi is at the forefront fighting against this person everyday, you know, and I’m not trying to excuse what happened,” Mayor London Breed told ABC7 News.

“We have a terrorist, we have a dictator who is running this country and Nancy Pelosi is at the forefront fighting against this person everyday, you know, and I’m not trying to excuse what happened,” Mayor London Breed told ABC7 News.

“I’m just saying that to allow an issue like this to turn our city upside down when we got folks who are homeless, we’ve got people who can’t open their business, including these salons. I understand,” she said.

Fox News first reported the California Democrat’s visit to the San Francisco hair salon even though it was closed due to coronavirus-related ordinances.

In security footage obtained by Fox News, and timestamped Monday at 3:08 p.m. PT, the Californian speaker is seen walking through ESalonSF in San Francisco with wet hair, and without a mask over her mouth or nose.

The stylist doing her hair is following her wearing a black face mask. Salons in San Francisco had been closed since March and were only able to reopen Sept. 1 for outdoor services.

Pelosi dug in over the controversy and claimed that she was “set up.” She said she had been there “over the years many times.”

President Trump and Republicans criticized Pelosi over the visit. Trump on Thursday floated the idea of the salon owner taking over from Pelosi as speaker.

“I want the salon owner to lead the House of Representatives,” he said at a rally.

.@SpeakerPelosi blames a small business owner for her using their salon despite a San Fran ban: “It was clearly a setup … they owe me an apology” pic.twitter.com/dYgJ91Kqkw

Protesters have gathered in front of Nancy Pelosi’s San Francisco home and are stringing up curlers and blow dryers on a tree after a video surfaced of Pelosi getting her hair done indoors/maskless at a SF salon @sfchronicle pic.twitter.com/v6KVORByaP 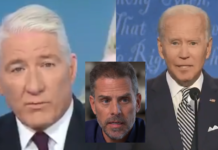