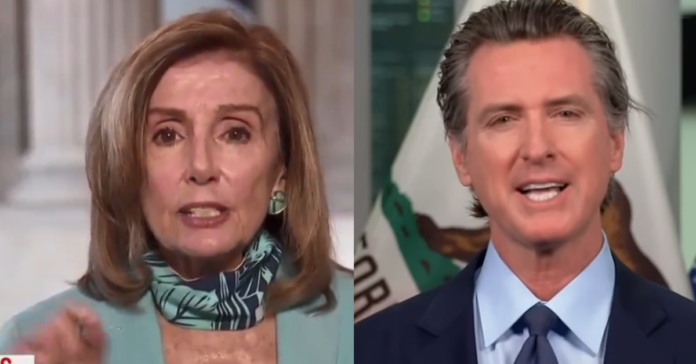 For months, the city of San Francisco has not allowed local gyms to open and conduct business but a shocking new report from NBC shows that that is not the case with some city-owned gyms.

Nancy Pelosi got publicly and nationally humiliated last week when her salon trip blew up and went viral. Not a good look for her and the Dems. And this one could be even worse.

“It just demonstrates that there seems to be some kind of a double standard between what city employees are allowed to do and what the residents of San Francisco are allowed to do,” Dave Karraker, owner of MX3 Fitness said.

For months, the city of San Francisco health order has prevented local gyms from opening its doors, but some city-owned gyms have been back open for months and are allowing city employees to use them, crushing private gym owners.

“It’s shocking, it’s infuriating,” said Daniele Rabkin from Crossfit Golden Gate. She said she has done everything she can to keep her gym on Sutter Street alive.

“Even though they’re getting exposed, there are no repercussions, no ramifications? It’s shocking,” she said.

Rabkin even reached out to a couple police officers she knows in the neighborhood asking them if they needed a place to work out since their station gym was supposedly closed.

But a text exchange appeared to show they did have access to the SFPD Northern District Police Station on FIllmore Street — and police said Thursday that safety and cleaning protocols, as well as occupancy limits, have been established in department gyms.

“It just demonstrates that there seems to be some kind of a double standard between what city employees are allowed to do and what the residents of San Francisco are allowed to do,” said Dave Karraker, owner of MX3 Fitness in the Castro.

He said there is a slight silver lining to this discovery.

“What the city has unwillingly done is created this great case study that says that working out indoors is actually safe,” said Karraker.