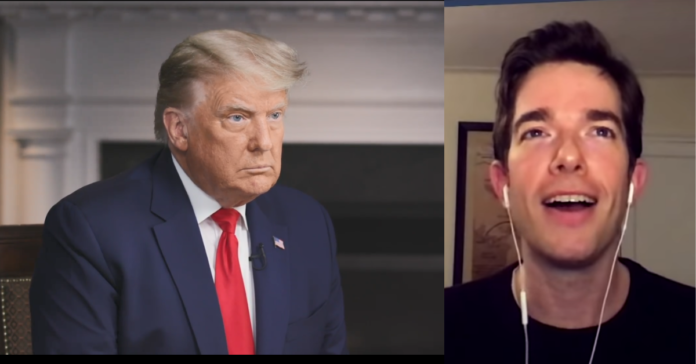 Former Saturday Night Live hotshot found out the hard way you do not mess around with the Secret Service.

Like Kathy Griffin and many others in Hollywood who crossed the line with Trump jokes and attacks, he was visited by some agents from the Secret Service as their job is to investigate all threats against the president.

John Mulaney came clean and told Jimmy Kimmel what happened after he told a joke hoping for Trump to meet an end like Julius Caeser during his February Saturday Night Live monologue.

Mulaney said the Secret Service “investigated me” after his joke on SNL about how Julius Caesar was “such a powerful maniac that all the senators grabbed knives and they stabbed him to death” before he crossed the line with, “That’d be an interesting thing if we brought that back now.”

“I guess they opened a file on me because of the joke,” Mulaney said.

“I have to say, am I stoked there’s a file open on me? Absolutely. Did I enjoy it in the moment? Not so much.”

Mulaney says he was “cleared” after being asked if there was “anything else we should know about,” like any “rants” or “manifestos” about President Trump online.

The media and Hollywood are already fawning over Biden and that is not a good thing.

We depend on our institutions to keep our politicians honest so we would hope they would treat Biden like they did Trump.