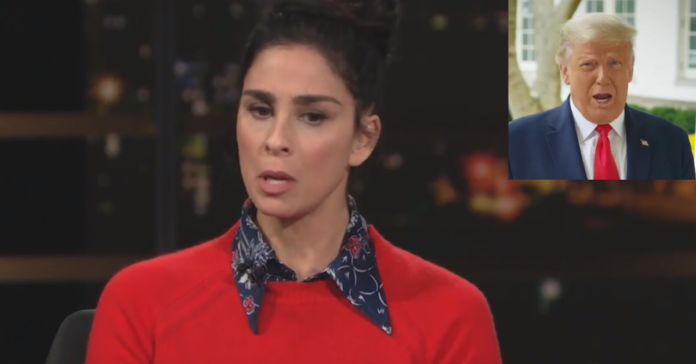 Sarah admitted what everyone knows – “We’re liberal, so we can say anything” – and there is no putting the genie back in the bottle.

Silverman said about offensive humor in the days off political correctness, “There are a lot of problematic things looking back, but such is comedy. It’s not evergreen.”

“It’s always about the messenger of the joke; it’s never really about —so you can say on the Sarah Silverman program, you could do a joke about AIDS like that and people embrace it and laugh because it’s you saying it.

“Seems like you get away with a lot of stuff because you’re so f***ing funny, but some of it’s pretty dark.”

“I think it’s the intention behind it, like, this is a math term, but it’s kind of like the absolute power of the joke,” Silverman said.

“Like, especially back then I always said the opposite of what I thought and that was the joke, kinda.”

“Hopefully the truth transcends that I don’t really feel this way, not to break it down in the least funny possible way, but it is also interesting too, because like, that comedy I did, you’re right, it was like, oh it’s OK because you know I don’t mean it.”

“But then it also is kind of like, ‘We’re liberal, so we can say anything,” she added giving up the game.

“We can say, you know, the words that are unsayable or whatever.”

“There is kind of a liberal, like, douchiness about it, I think, in retrospect.”