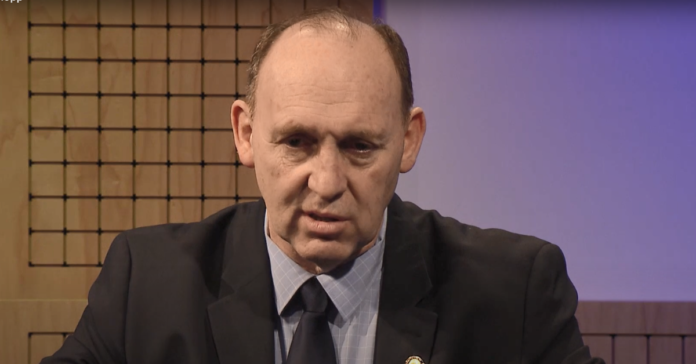 “High Adventure Air is deeply saddened to confirm that one of our aircraft: a DHC-2 Beaver N4982U, with 5 passengers and 1 pilot onboard was involved in a mid-air collision with another aircraft near Soldotna, Alaska today July 31st, 2020. At this time, High Adventure Air is working to support the families involved and is working with the National Transportation Safety Board who is investigating the accident. Our thoughts and prayers are with all of the families involved in this tragic accident,” High Adventure Air Charter, Guides & Outfitters said in a statement.

Sen. Peter Micciche, a Republican from Soldotna, said in a statement: ”I have known Gary Knopp and Greg Bell for most of my life. Gary has served the Kenai Peninsula community for decades. I have flown with Greg and never felt to be in better, more safety-focused hands while in the air. We are reeling from the loss to our community.”

From The Anchorage Daily News:

An Alaska state legislator is among seven dead after two aircraft collided in midair Friday morning near Soldotna’s airport on the Kenai Peninsula, a crash witnessed by numerous people on the ground.

One of the aircraft involved in the crash was a single-engine de Havilland DHC-2 Beaver, according to a statement from the Federal Aviation Administration. The agency originally described the other plane as a twin-engine Piper Aztec but by Friday afternoon had confirmed it was a Piper PA-12.

Rep. Gary Knopp, a 67-year-old Kenai resident who served in the Alaska Legislature, was the only person in the other plane, troopers said.

All were confirmed dead at the scene of the crash on scene except for one person who died on the way to Central Peninsula Hospital in an ambulance.

Officials have not confirmed what charter company was operating the Beaver. But Bell was part of a family that owns and operates High Adventure Air Charter, based on Longmere Lake in Soldotna.

Investigators from FAA and National Transportation Safety Board are investigating the crash.

UPDATED: The death of Rep. Gary Knopp, a Kenai Republican, in the midair collision was confirmed by several of his legislative colleagues https://t.co/FNqDBg37ra

Donna & I are deeply saddened today to learn of the tragic loss of Rep. Gary Knopp. To us, he was a true Alaskan — hard working, dedicated, strong, resourceful, independent & devoted to his community & state. We are holding Helen & his family close at heart & in prayer. pic.twitter.com/Xz0bdJoNok