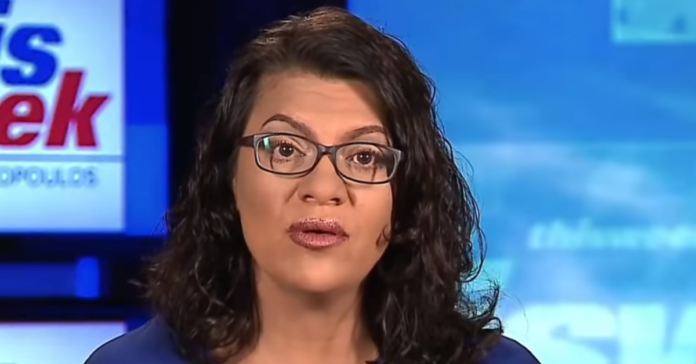 Rashida Tlaib just got some very bad news from a House ethics investigation into her use of campaign funds. The investigation just released their findings and they determined that Tlaib violated federal campaign finance rules.

“Representative Tlaib’s violation of the applicable restrictions was one of bad timing and not ill intent,” the report read.

“Representative Tlaib engaged in good faith efforts to comply with the relevant FECA requirements.” Tlaib must pay to repay $10,800.

The House Committee on Ethics ordered Tlaib to repay a $10,800 salary she drew from campaign funds after the 2018 election, closing an investigation that began more than a year ago.

The committee determined no sanction was necessary, concluding that Tlaib “engaged in good faith efforts” to comply with federal regulations and did not seek to enrich herself with campaign donations.

Candidates are permitted to draw a salary from their campaign committee until the date of the general election. Tlaib legally paid herself $45,500 from campaign donations during her first bid for Congress in 2018, a report released Friday found she violated finance regulations by collecting payments after the election.

“These payments allowed her to forego her salary from her full-time employment so that she could fully participate in campaign activities,” the report read. “However, because she received some of those funds, totaling $10,800, for time periods in which she was no longer a congressional candidate, those funds were inconsistent with FECA’s personal use restrictions.”

Tlaib’s campaign independently researched whether she could be paid with campaign funds and consulted former Michigan Democratic Party Chairman Mark Brewer on the issue. Documents included in the report found staff noted that payments needed to stop after the general election, and ultimately the committee found Tlaib’s violation was “one of bad timing.”