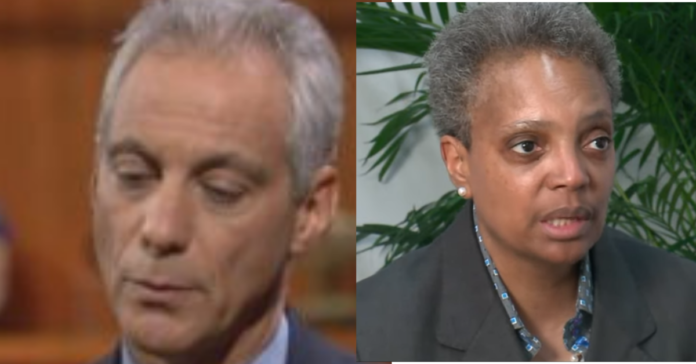 Rahm Emanuel, a close political ally of President Obama, was Mayor of Chicago when an explosive report was published by the Guardian.

The report showed that Chicago operated off the book black sites where protesters and others accused of crimes we denied basic rights.

“It’s sort of an open secret among attorneys that regularly make police station visits, this place – if you can’t find a client in the system, odds are they’re there,” said Chicago lawyer Julia Bartmes.

“They just disappear,” said Anthony Hill, a criminal defense attorney, “until they show up at a district for charging or are just released back out on the street.”

The Chicago police department operates an off-the-books interrogation compound, rendering Americans unable to be found by family or attorneys while locked inside what lawyers say is the domestic equivalent of a CIA black site.

The facility, a nondescript warehouse on Chicago’s west side known as Homan Square, has long been the scene of secretive work by special police units. Interviews with local attorneys and one protester who spent the better part of a day shackled in Homan Square describe operations that deny access to basic constitutional rights.

Alleged police practices at Homan Square, according to those familiar with the facility who spoke out to the Guardian after its investigation into Chicago police abuse, include:

Holding people without legal counsel for between 12 and 24 hours, including people as young as 15.

At least one man was found unresponsive in a Homan Square “interview room” and later pronounced dead.

Brian Jacob Church, a protester known as one of the “Nato Three”, was held and questioned at Homan Square in 2012 following a police raid. Officers restrained Church for the better part of a day, denying him access to an attorney, before sending him to a nearby police station to be booked and charged.

“Homan Square is definitely an unusual place,” Church told the Guardian on Friday. “It brings to mind the interrogation facilities they use in the Middle East. The CIA calls them black sites. It’s a domestic black site. When you go in, no one knows what’s happened to you.”

The secretive warehouse is the latest example of Chicago police practices that echo the much-criticized detention abuses of the US war on terrorism. While those abuses impacted people overseas, Homan Square – said to house military-style vehicles, interrogation cells and even a cage – trains its focus on Americans, most often poor, black and brown.

Unlike a precinct, no one taken to Homan Square is said to be booked. Witnesses, suspects or other Chicagoans who end up inside do not appear to have a public, searchable record entered into a database indicating where they are, as happens when someone is booked at a precinct. Lawyers and relatives insist there is no way of finding their whereabouts. Those lawyers who have attempted to gain access to Homan Square are most often turned away, even as their clients remain in custody inside.

“It’s sort of an open secret among attorneys that regularly make police station visits, this place – if you can’t find a client in the system, odds are they’re there,” said Chicago lawyer Julia Bartmes.

Chicago civil-rights attorney Flint Taylor said Homan Square represented a routinization of a notorious practice in local police work that violates the fifth and sixth amendments of the constitution.

“This Homan Square revelation seems to me to be an institutionalization of the practice that dates back more than 40 years,” Taylor said, “of violating a suspect or witness’ rights to a lawyer and not to be physically or otherwise coerced into giving a statement.”